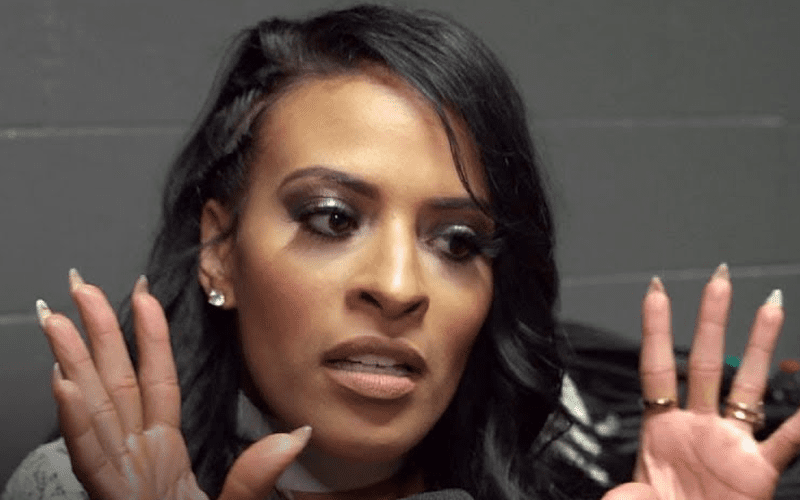 Zelina Vega rarely wrestles but whenever she does, she’s proven that her skills in the ring are on par with her skills on the mic. Vega is currently managing Andrade as well as Angel Garza on RAW and while the pairing seems to be working out nicely, Vega misses the thrill of performing in the ring.

While appearing on The New Day’s Feel The Power podcast, Vega talked about wanting more opportunities to wrestle. Vega said that she never expected to be a manager.

However, when she was paired with Andrade, Triple H acknowledged her desire to wrestle but said that the pairing was a great start for the two of them.

I never thought I was going to be a manager. It wasn’t something that was on my mind. And then, I remember having a conversation with [Triple H] about where I was going to be with Andrade and what was going to happen there. And he was like, ‘yeah, I know you want to wrestle, but I really think this pairing is amazing and I think we should start here.’ He said, ‘that doesn’t mean you’re never going to wrestle, but I think we should just try to work with this and see what happens.’

I do want to have my time as a wrestler. It’s not something I’ve given up on or abandoned in any way because I do love when I get to go in there, especially when we do the mixed tags because they are so much fun. I don’t want to say I’m giving up on the rest of it. I feel like I need to have my time as a wrestler, but I need to build myself as a manager enough to get people to care enough to want to see that.

WWE might be planning to split the faction of Andrade, Garza & Vega. If all three of them choose their own paths after splitting up, we might get to see Vega rise up as a singles wrestler in the women’s division.