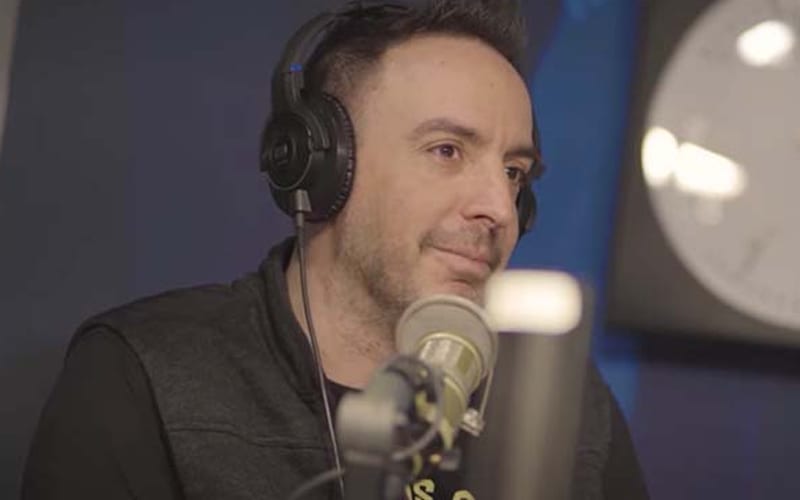 Dave Lagana saw allegations from Liz Savage come out as a part of the #SpeakingOut movement. He denied those accusations and gave his side of the story. New evidence seems to show a history of sexual misconduct for Lagana which led to his WWE firing.

Newly uncovered footage of a Paul London High Spots shoot interview with Brian Kendrick shows them discussing Lagana. The two were talking like there wasn’t a camera as they drank beer. Then Dave Lagana was mentioned and why he was fired from WWE due to sexual harassment.

Brian Kendrick confirmed that he had heard those stories about Dave Lagana as well. “That’s what I heard, too,” Paul London replied to Kendrick’s affirmation.

Kendrick and London both allegedly heard this allegation about Dave Lagana. There are likely more who knew than just those two, but the story gets even more interesting.

In February 2008, F4WoNLINE reported that Dave Lagana was fired because Stephanie McMahon believed he leaked stories to journalists. There were also a string of other issues and it was said to have been “brewing for two years” before Lagana’s firing finally happened. No note of sexual harassment was mentioned in the report of Lagana’s 2008 firing.

[Lagana’s WWE firing] had been something in the works for probably around two years or so. Stephanie fired him while he was on vacation and sent a one sentence terse e-mail to all the other writers saying that he had been terminated. It was said to be very cold unlike most e-mails where they at least put over the contributions of a dude who is leaving the company. The gist of the story is that Stephanie believed that Lagana was responsible for leaking creative and management information to newsletters and websites. They had been watching him closely for years but could never prove it.

This 2008 report from F4WOnline gives a vivid almost first-hand account of Lagana’s firing as it allegedly took place.

So Lagana was sitting there at one of the desks on his laptop, and he usually sat in such a position where nobody could see his screen. But on this particular day there were people that could see his screen, and allegedly he was seen sending an e-mail with creative info to one of the major wrestling websites. Nobody said anything at the moment, but after the meeting Stephanie was approached and told the entire story. She immediately confronted him and almost fired him on the spot, but he insisted he was innocent and managed to get off the hook.

The newly resurfaced shoot interview footage seems to point to it being somewhat common knowledge backstage as to allegedly why Lagana was fired from WWE. Dave Lagana worked on a ton of WWE programming during his time with the company. You can check out just a portion of his IMDB page below.