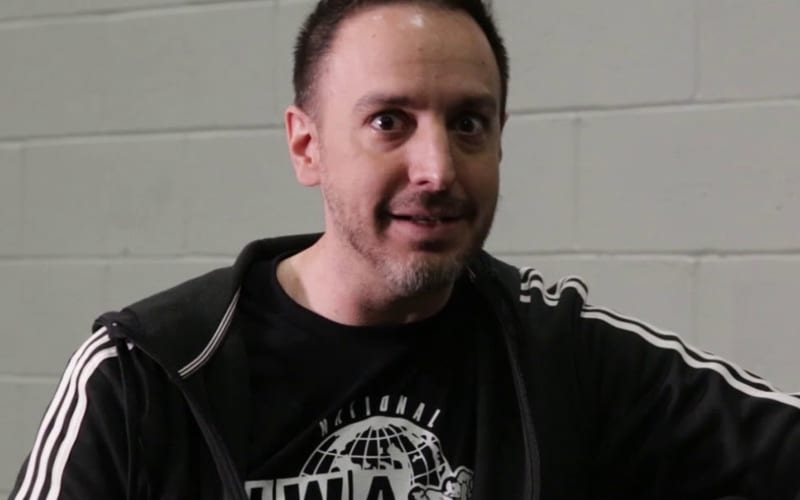 The #SpeakingOut movement is not over yet. Now NWA Vice President Dave Lagana is being accused of sexual assault.

Liz Savage is an indie wrestler and writer. She released a public statement about being sexually assaulted by Lagana after knowing him for a number of years.

She captioned a post saying “Well here’s my #SpeakingOut which happened when I moved to California for wrestling. Essentially this was a big part of why I took a hiatus.”

Savage says that she moved out to California after Lagana asked her to. She said that they shared a bed, but nothing romantic or sexual ever went on. Then she stated that she “woke up in the middle night of the night and he had his hand down the front of my pants underneath my underwear. He was also touching himself.” She was scared at that moment and refused him. Then he allegedly kicked her out about a week later.

You can read the entirety of her statement below.

After being friends with David Lagana for four years he sexually assaulted me.

I moved to LA after two years of him asking me to come out. He told me I was a real friend to him as I had been there for him when he was at his lowest, he wanted to bring me out to LA for work.

He was back and forth between (ROH/TNA) companies at the time (2010) but told me if I came to LA he would put me on NWA Hollywood and he needed someone to help him make the wrestling promotion agency he wanted to run a reality. I could even stay with him until I got my place and he’d show me around. None of this happened except the moving part.

I moved my whole life across the country to find out his roommate who he said was cool with it…had no idea I was coming. Luckily that wasn’t the bad situation. We got along fine. Dave either completely ignored me or was on the road. No problem…I am self-reliant. But LA is always tougher than you would imagine.

I shared a bed with Dave, though nothing was romantic or sexual. In fact, he never made a move on me ever during waking hours. I trusted him completely even though things weren’t going as planned. I figured work was rough and as a writer myself, I know focusing can be tough, and he had work transitions going on.

About two months into my stay, I had gotten a job and was working very little, my savings was running dry from adventures all over job hunting, one night he was home and we went to bed. Everything was normal. We had clothes on, I fell asleep.

I woke up in the middle night of the night and he had his hand down the front of my pants underneath my underwear. He was also touching himself. I was scared. I froze for a moment and pretended I was asleep. Then I tossed hard and pulled away, hoping he would leave me alone. He did. Then he kicked me out that week with less than a week’s notice.

I have spoken to very few people about this…mainly because I was mad at myself for letting this happen.

I didn’t go to the police because f*ck the police. They don’t help sexual assault victims.

I didn’t go to wrestling Twitter because I knew it would get ugly and they would blame me and say I was just trying to get famous. I wasn’t.

And now I have nothing left to prove. If you don’t want to book me…oh f–k well. Am I a mess of controversy in other ways? You bet. Am I malicious? Nope. Just pissed I didn’t break his f*cking arm.

This is just one of many stories coming out as part of the #SpeakingOut movement. At this time Lagana has not commented on this allegation.

Jim Cornette and his wife Stacey were also called out for predatory behavior. There were some serious allegations laid down about the couple.

NXT UK Superstars Ligero and Jordan Devlin also saw accusations come out about them today. We will keep a close eye on this on-going situation right here at Ringside News.