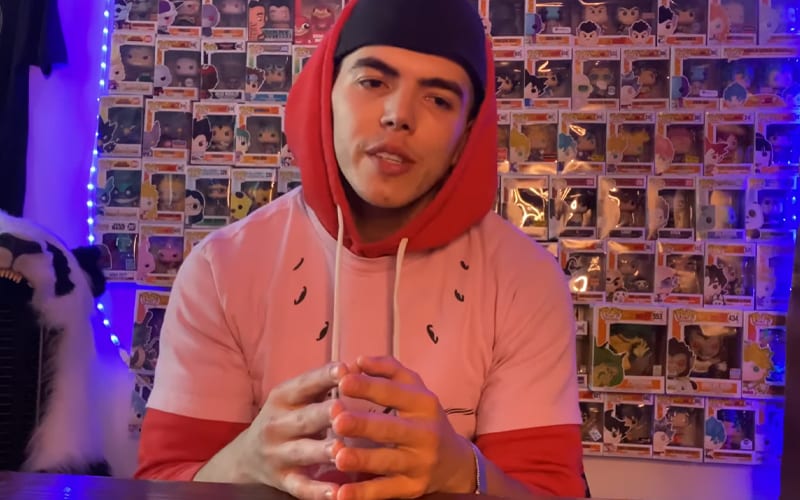 Sammy Guevara made comments during a podcast a few years ago that came back to haunt him in a big way. Now he is suspended without pay from AEW. His status with the company will addressed following the completion of sensitivity training.

Guevara released a video message to address the statements he made. He apologized and stated that he used to think it was funny to use shock humor. That genre of comedy did not age well in the slightest.

He has learned that words can hurt people more than he understands. After promising to be better, Guevara said he will focus on sensitivity training and become a better version of himself.

“I just want to apologize to anybody I let down, to Sasha, to anybody I hurt with my words. 2016 me is not me today. 2020 me would never say those hurtful things. I used to think it was funny to do some kind of shock humor, to pop the room I’m in. A lot has happened in four years of my life. One of the things that has happened is me growing as a person. I understand now that the words I say can impact people more than I’ll ever understand. They can hurt people more than I’ll ever realize. You will not catch me saying these kind of hurtful things now in 2020. Whenever I do come back, I will be better. I’m gonna do sensitivity training and I’m gonna be a better version of myself.”

Sammy Guevara sill has a job with AEW as of this writing. He disappointed a lot of fans with his statements which he now realizes. Hopefully, the sensitivity training will help him see a real change.

AEW also addressed the accusations about Jimmy Havoc. He is in rehab and AEW will address his status with the company after completing that program.