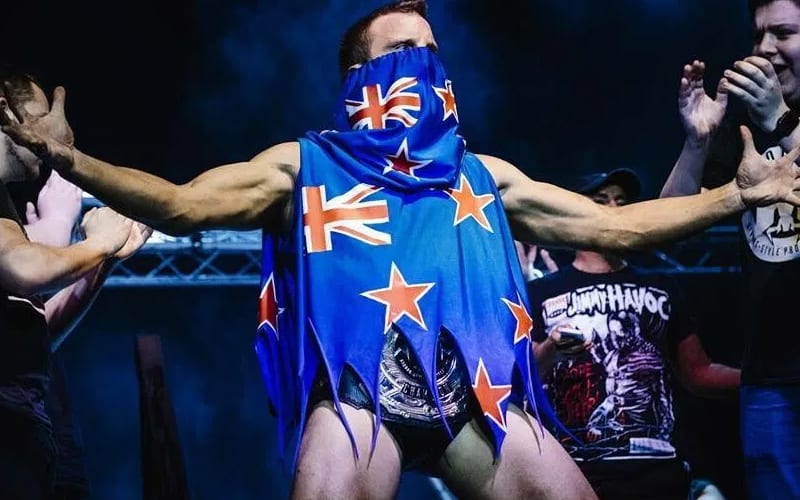 In the last 24 hours, the pro-wrestling community has been taken over by the #SpeakingOut movement. After David Starr’s girlfriend came forward and accused the wrestler of sexual abuse and rape, many others came forward to reveal their own stories of sexual abuse.

Jim Cornette & his wife Stacy have been accused of predatory behavior while NWA Vice President Dave Lagana was called out for sexual abuse.

Former WWE NXT Cruiserweight Champion Jordan Devlin, Joe Coffey, and El Ligero – all of whom are current NXT UK Superstars, were all called out by their victims for sexual harassment.

McKenzie held Banks accountable for her trauma and depression.

Very scary doing this. But I don’t want anyone else to have to go through what I did. Things need to change. #SpeakingOut Things didn’t end with Jake. I began training under Travis Banks. When I was 17, we had a secret one year relationship in which he wouldn’t speak to….Me or be near me in public in case anyone would find out. Cheated on me multiple times in-front of my face, and was horrible to me. Had a massive effect on my mental health and self confidence. I hated wrestling and the person I became when I was with him. #speakingout

I really hope that #SpeakingOut movement actually creates the changes the wrestling industry so desperately needs.

McKenzie then put out another thread after people started asking her for proof and refusing to believe her statements. She went out and shared another story about Banks and said that he destroyed the last years of her childhood and her love for wrestling.

Thankyou to everyone whos reached out to me positively. I think it’s disgusting that people say ‘we won’t believe you unless there’s proof’ ‘he’s done nothing wrong’ , ‘Travis is a lovely guy’. This is the reason people are too afraid to #speakout.

There was one occasion where he found out which hotel I was in, then found my room and stood outside my hotel door knocking for hours while I continuously messaged him to leave.

This man destroyed the last years of my childhood and my confidence and love for wrestling has gone.

Regardless if the relationship was good or bad, which it was honestly vile. He was my trainer and abused his position of power. I hope no one else has to go through. That was reason for #speakingout

After McKenzie’s story, retired pro-wrestler Sierra Loxton posted a note from a woman who didn’t wish to reveal her identity. This woman said that Banks would sexually harass her on multiple occasions by texting half-naked pictures of himself and asking them to come over to his place.