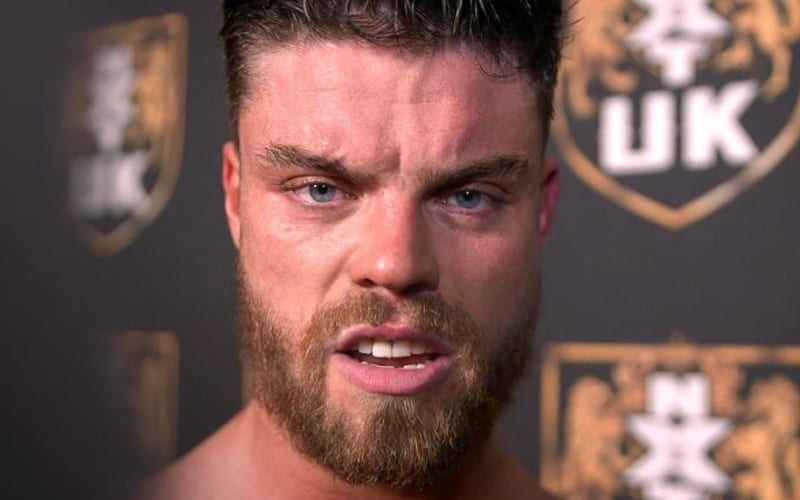 WWE has a real situation on their hands as another NXT UK Superstar has been accused of abuse. This time it is former WWE NXT Cruiserweight Champion Jordan Devlin.

Hannah Francesca has accused Devlin of abuse. Francesca previously made references to an abused in now-deleted tweets.

Francesca stated that there is a “boy’s club mentality” which makes it difficult for victims to call out their abusers. She mentioned approaching a promotion about someone she has now identified as Devlin, but she was told that “one of my boys wouldn’t do that.”

“This is absolutely right. The boys club mentality makes it even harder for victims to speak out. I approached a promotion about being abused by someone on their card and was told ‘One of my boys wouldn’t do that’ I didn’t talk about what happened to me for a long time after,”

She continued and tweeted about her experiences with Devlin and how the threat of being sued by a man with “WWE money” stopped her from coming forward. More deleted tweets say:

“I absolutely understand your intent here. But I’m not going to be sued by a man with a lot of power and WWE money. It’s a lot more complicated than just naming and shaming”

“I was also told to reach out to my abuser as the whole thing might just be a ‘misunderstanding’ [woman face palming emoji] Promoters…..educate yourself. Don’t gaslight your fans or talent.”

Hannah Francesca deleted those tweets, but she later returned to social media. She confirmed that Jordan Devlin was the man behind those stories. She even provided photographic evidence.

“This is scary. I’m really scared. Jordan Devlin did this to me. And this is just the physical damage. Not including my arse and back bruises….because I don’t fancy posting that online [woman shrugging emoji]”

Pete Dunne tweeted out about how disgusted he is to see such stories come out. He also praised any of the brave women who are coming forward during this time.

Jordan Devlin was stripped of the NXT Cruiserweight Title when the COVID-19 pandemic left him stuck in the UK. We will have to see if WWE uses him much after this.