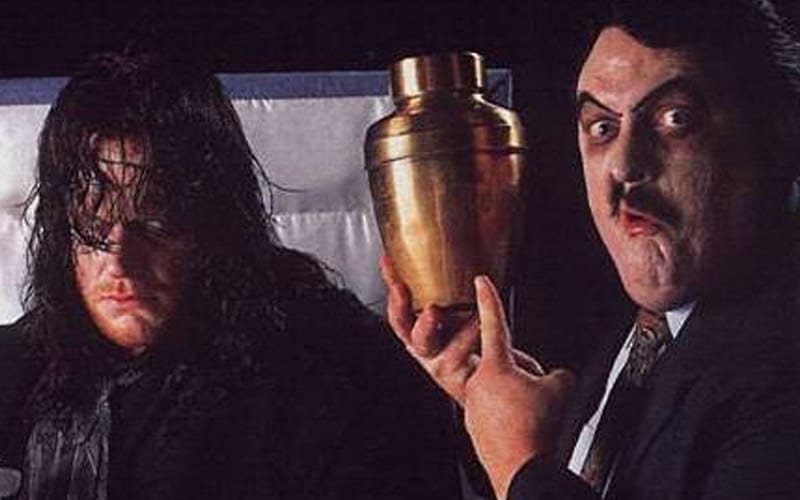 The Undertaker signed up for social media and it killed a lot of fans’ childhoods. There is a reason for that because he remained in that Deadman gimmick for years whether he was in or out of the ring.

Undertaker was still a locker room leader, but few outside the business knew the true man behind the character.

During After The Bell, The Undertaker discussed his decades-long tradition of staying in character. He stated that Paul Bearer used to help him out a lot in that aspect because he would deal with a lot of interactions with the general public.

“It was like I was always working. I was always at work. Regardless of whether I was going through a rental car place or whatever you know Paul Bearer really helped in that aspect because he did a lot of that so I didn’t have to interact too much with people.”

“I just felt for the longevity and the integrity of the character that’s what I needed to do.”

The Undertaker did eventually step out of the Deadman character to introduce the American Badass which then continued to evolve. It would have never been possible to carry on for so long without dropping that gimmick if it weren’t for the help he received from Paul Bearer.