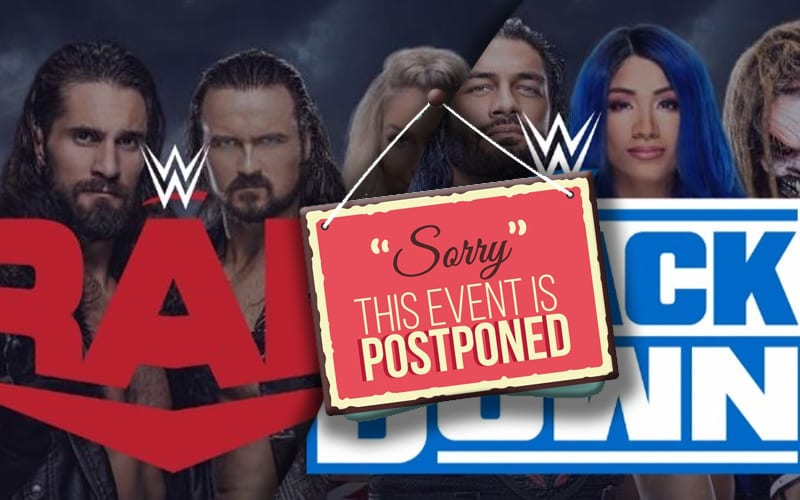 WWE was running way behind schedule for today’s television tapings. Yesterday’s coronavirus tests were not coming back in a speedy fashion. This left a number of people outside and unable to enter the Performance Center.

PW Insider reports that WWE has decided to cancel today’s planned taping of SmackDown. Now they will have to come back on the day of the show next Friday.

Superstars have been told that they will be needed to tape on June 26th to take care of the next SmackDown taping. They will not air the show live. It will be recorded and edited together hours before it is set to air on FOX.

The company hoped to record Raw, Raw Talk, Main Event and two episodes of 205 Live today at the WWE Performance Center. They also need to record NXT tonight at Full Sail Arena. The holdups from the COVID-19 testing caused them to nix the blue brand’s show.

Ringside News exclusively reported that WWE needed to change their television taping schedule. It appears those changes were only the beginning.

Things were described to us as “an asylum” backstage in the company right now. Click here to read all about it.