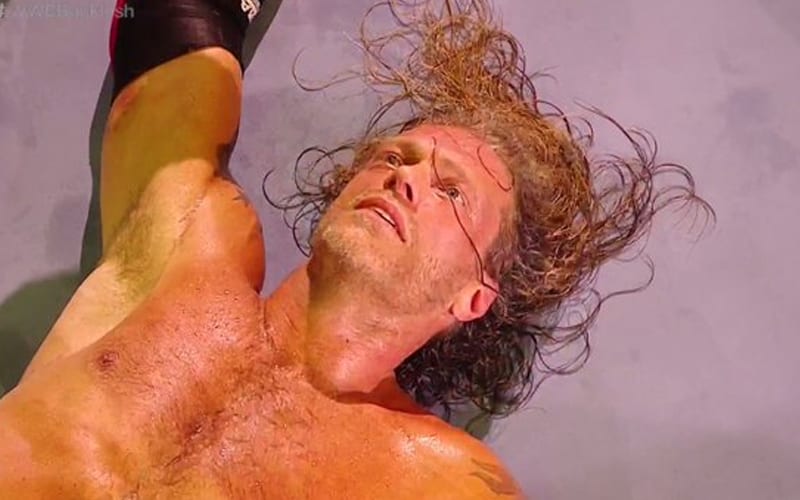 Edge lost to Randy Orton at Backlash. Their match was a long one and capped off an eclectic Backlash card. The Rated R Superstar also injured himself in the process.

Click here for our complete coverage of WWE Backlash from this week.

We previously reported that Edge is injured. He tore his triceps during his match with Randy Orton.

Upon watching the match, it appears that Edge’s injury is on his right side. There was a large bruise that appeared during the Greatest Wrestling Match Ever. It was near Edge’s elbow band on his right arm.

At this time we’re uncertain how long Edge will be out of action. He could be recovering from this injury for the next 8 months. Hopefully, he recovers quickly, but he’s used to overcoming injuries.