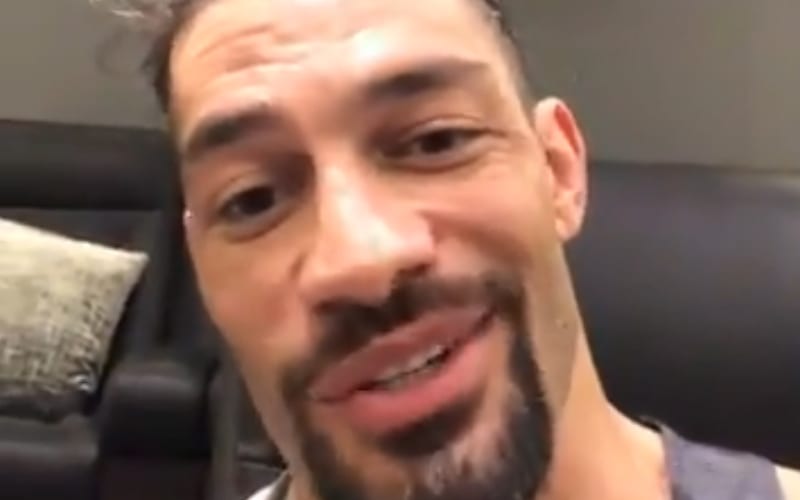 Roman Reigns showed up to WrestleMania 36, but he didn’t work. Instead, he went home to start a very long quarantine due to COVID-19.

Reigns was making a lot of money on his Cameo account. He was charging $350 for a short video, but then he upped it to $500 due to all of the requests he was receiving.

Fightful founder Jimmy Van apparently forked over $500 to get a Cameo from Roman Reigns. During this short video message The Big Dog confirmed that he’s doing a full quarantine and he’ll be back to whoop everybody’s ass as soon as things get back to normal.

“I am sticking to a legit quarantine and we are staying in lockdown for many reasons, not just myself, but my family, and my community. To be able to set that example. But, you know, hopefully, we’ll get back to normal soon and I’ll be whooping everybody’s ass soon.”

Roman Reigns previously stated that he decided to stay home because of his twin babies. He also has leukemia to worry about because although it’s in remission, there is always the chance of a heightened risk.

We’ll have to wait and see when Roman Reigns returns. Due to all of the shaking up in WWE right now it seems reasonable that Vince McMahon might give the Big Dog a call.