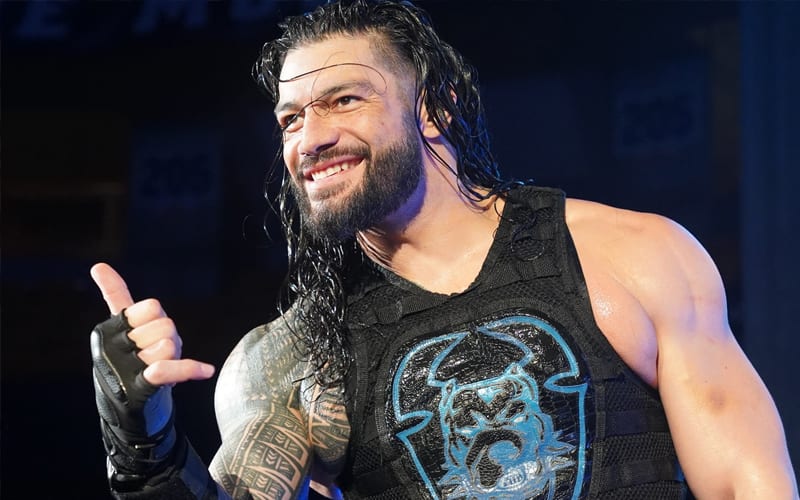 Roman Reigns hasn’t worked for WWE since before WrestleMania and there’s no timetable for his return. Right now nobody is pushing The Big Dog to make a WWE return.

Reigns is well off financially and he could take a long time at home. In fact, one project he is currently involved with keeps sending him loads of money every day.

It was stated to Fightful that “Roman is going to make over a thousand dollars on Cameo every day, so even if they stopped paying him, it wouldn’t matter.” He does do a lot of Cameo videos for fans at $350 a pop.

It’s unknown exactly why WWE edited Roman Reigns from WrestleMania highlight footage. They could have covered his image up during Money In The Bank, but it was left up in the WWE Headquarters.

In the meantime, fans will have to wait to see Roman Reigns again unless they want to buy his Cameo.