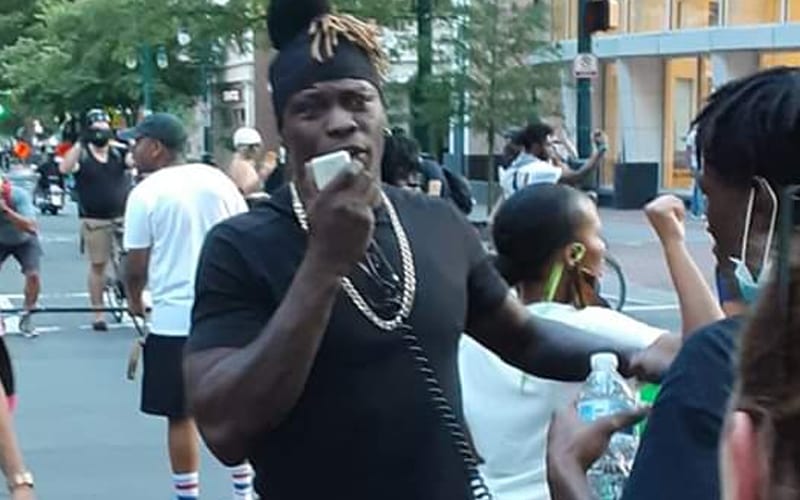 R-Truth is used to talking in front of a crowd of people. Today was not a time when he was on WWE business as he joined a Black Lives Matter rally in Charlotte.

The 36-time and current WWE 24/7 Champion was spotted at a Black Lives Matter protest in Charlotte, North Carolina. A photo was released showing the WWE Superstar holding a megaphone at the rally and giving some sort of speech.

We have not been able to obtain video of R-Truth at the rally. We’re not sure what he was saying, but he was there for a reason.

The New Day also showed their support for the Black Lives Matter movement during Friday Night SmackDown this week. Big E and Kofi Kingston took a knee in the ring and raised their fists high.

Big E and Kofi Kingston had the names of Shukri Abdi, Breonna Taylor, and Tamla Horsford written on their armbands. WWE also gave special attention to their show of support for the Black Lives Matter movement.