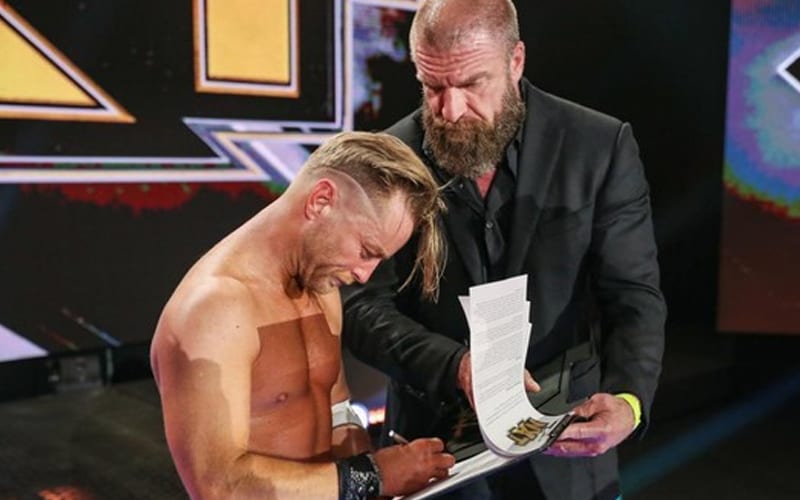 Maverick worked hard before arriving in WWE, and he took advantage of every opportunity provided for him. He even did some of it without wearing pants.

Triple H presenting Drake Maverick with a new contract was a big surprise for fans, but who else knew about it? Fightful reports that it’s uncertain when WWE made the decision to re-sign Maverick, but he was well aware that he had a new deal already

Drake Maverick knew about the renewed WWE contract ahead of time — it wasn’t a surprise. It was unclear to those we’ve heard from when WWE decided to go this route with the story

Drake Maverick dropped a tear-filled video on the day of his WWE release. His release was very real, but through his determination the company obviously gave him another opportunity.

WWE reportedly offered other recently released Superstars renewed contracts. Those deals are reportedly for far less money as well. We’ll have to see who might come back next, but Drake Maverick was very happy to sign on the dotted line.