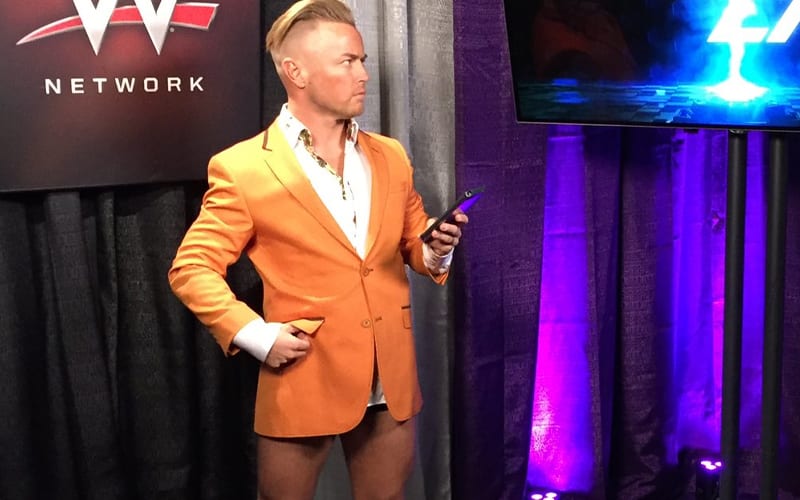 Drake Maverick was granted a new WWE contract this week on WWE NXT. It was a very emotional moment for Maverick, but he also knows how to have fun at his job.

Last night’s episode of WWE NXT was a pretty special night for Drake Maverick. Check out his amazing reaction to getting a new WWE contract here.

Maverick posted four photos from different shows he’s been lucky to be a part of. He was wearing different clothes in all of these photos, but there was one common theme: Drake Maverick’s pants were down.

Looking back on my time with @WWE

I always enjoyed being the @WWE205Live GM & made sure to take the job seriously at all times.

We’re not certain if Drake Maverick’s pants were always down during those backstage shots. It appears to have happened on enough occasions that he was able to get a nice enough collection to share.