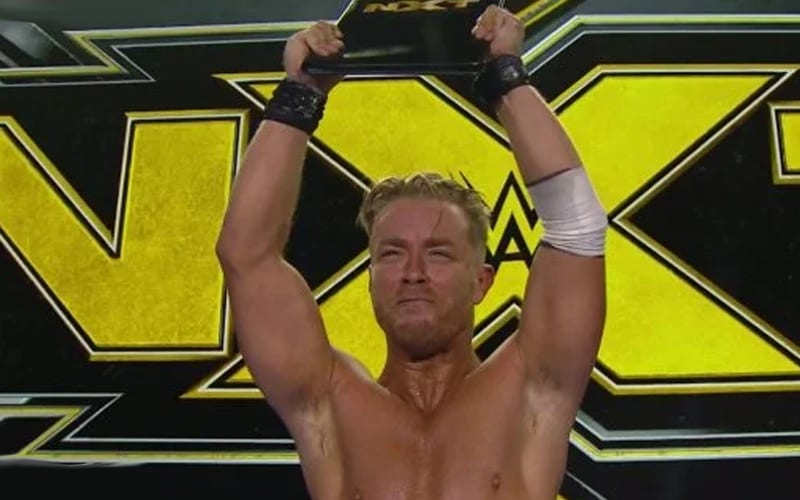 Drake Maverick battled his way all the way to the finals of the WWE NXT Cruiserweight Tournament. He didn’t win the title in the end, but he did receive a brand new contract.

During a teleconference to promote NXT TakeOver: In Your House, Triple H was asked why WWE re-hired Drake Maverick. It all had to do with how Drake Maverick handled his own release.

Maverick was already slated to perform in the NXT Cruiserweight Tournament when WWE let him go. Triple H said that Maverick wanted to continue with the tournament. In Maverick’s emotional video concerning his WWE release, he stated that WWE “is allowing” him to do the tournament. He loves wrestling and that had a lot to do with his undying passion to perform.

It is never good to see someone lose their job. When Drake Maverick displayed a love for WWE as he did, the decision was made to bring him back under contract.

“So the Drake situation turned out — we already had the tournament booked out I believe at that point in time we were already promoting it and then the releases happened which are horrible. No one wants to see anybody lost their job, especially in the world right now. A lot of companies in the world right now are having to make tough decisions to make sure they’re still there.”

“Difficult decisions were made. [Drake Maverick] was given the option of continuing the tournament. He wanted to and he wanted to prove that he could still be here. If you met him or know him at all he is just one of the most passionate guys — he loves WWE it’s his dream to be here, the whole thing. Couldn’t be a better guy.”

“When the release happened it wasn’t like he was involved in anything so it just happened the way it did. Through the process of this tournament he captured people’s hearts, he captured their imagination, and he earned that spot and you know if was already out there in the biggest way possible so you either ignore it or you turn it into something.”

Triple H credited Drake Maverick’s performances as he said that he’s “thrilled for him” Now Drake Maverick can continue in WWE which is a company he really loves being a part of.