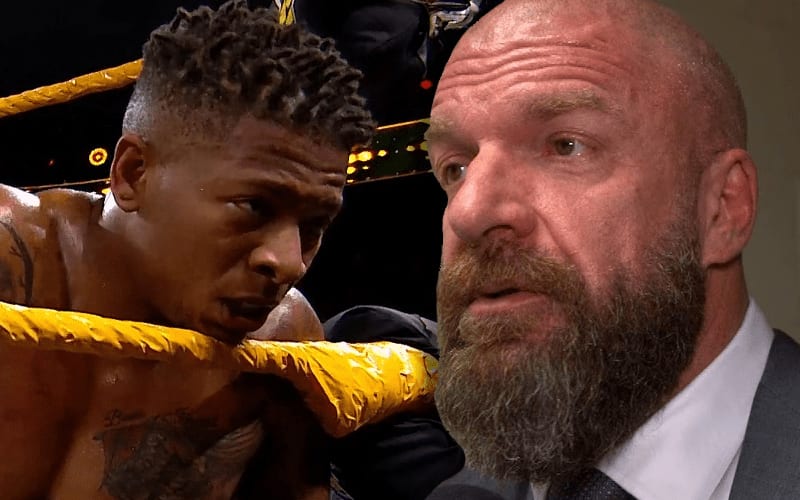 Lio Rush was released from WWE on April 15th. He was in NXT at the time of his release which is overseen by Triple H. Apparently, he didn’t see eye-to-eye with The Game.

While speaking with Sportskeeda, Lio Rush admitted that he doesn’t know if he ended things on good terms with Triple H. He stated that they “clashed heads” a lot and were “always in disagreement.”

“Triple H… I don’t know if it ended on good terms or not because I feel like me and Hunter, we clashed heads a lot. We were always in disagreement as far as what the plan was for me and how he saw me as a character or how he saw me as an asset to the brand.

“I feel like we were just always disagreeing all the time and it sucked because obviously I looked up to Triple H when I was a kid and stuff like that.”

Lio Rush recently revealed a mask that he had made up. Triple H rejected that mask idea, but that probably wasn’t the only disagreement they had. Now Lio Rush is selling that mask along with a ton of other ring-used gear.

We’ll have to see if Rush wrestles again. He stated that he wasn’t certain that would happen. He’s now locking down his ring name.