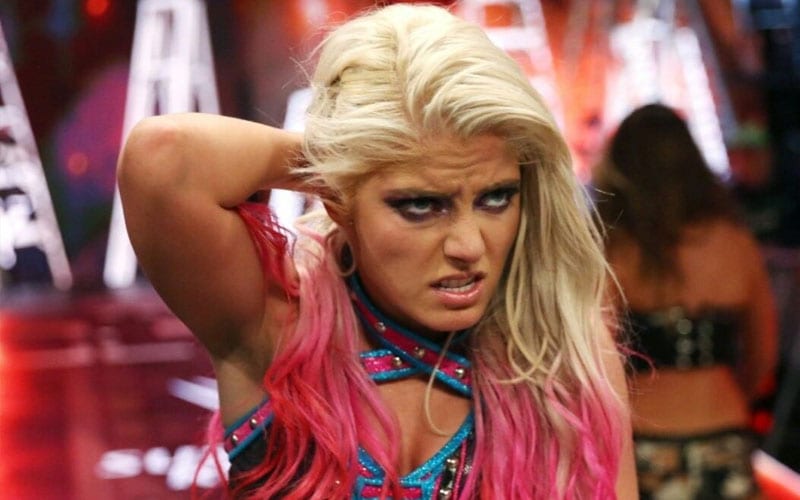 Alexa Bliss gets a lot of attention, but her name recently came up in a way that she did not appreciate at all.

One IWC personality named JD had a very crude way of describing Alexa Bliss’ ring work. He compared it to sex while asking people to imagine being in bed with Bliss and “she performs the same way she does in the ring? Awful!” He said she just “lays there.”

Bliss fired back at this comment which is not like her. She usually lets this kind of comment slide because it’s not worth her time. This time she made an exception.

Normally I ignore his ignorance Bc all he wants is to be recognized by bashing me… but ex freaking scuse me sir??? … HOW DARE YOU discredit my work in such a disgraceful way. #WhatAClassAct

Bliss went on to explain that: “He’s been blocked forever on my end. He’s Just one of those people who talks crap behind a microphone while waiting In line for pics at Axxess.”

Sonya Deville hopes she can meet this podcaster one day.

Hana Kimura took her own life because of cyber bullying. Alexa Bliss spoke out about this saying that those trolls should be held accountable. This is exactly the kind of thing she was talking about.

“When I say people need to be held accountable for what they say… this is what I mean.

Alexa Bliss has all the right to be upset, but she’s heard it all before. It still doesn’t make it okay to say those kinda of things at all.

It probably doesn’t matter what anyone thinks about Alexa Bliss, because she is absolutely loved backstage in WWE as we exclusively reported.