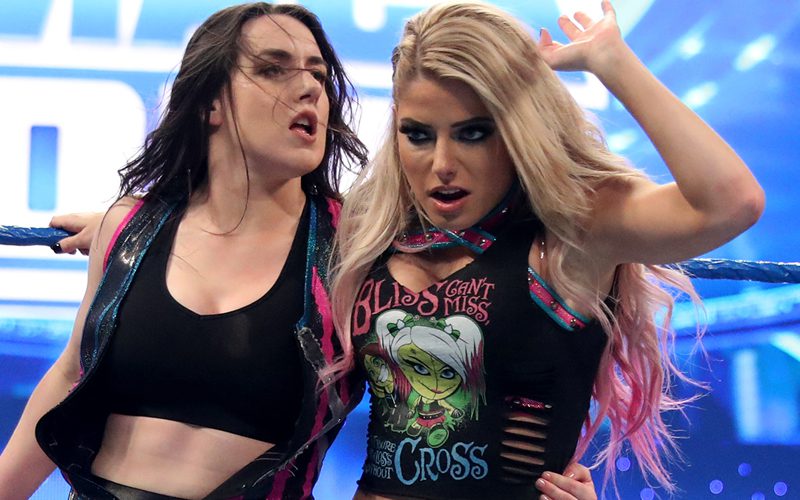 Alexa Bliss had to take a lot of time due to injury. She suffered some concussions that were scary for a period of time. She is back now, but Bliss isn’t working alone.

Some fans are under the impression that WWE placed Alexa Bliss in a tag team because they want to protect her. That might be a side benefit of teaming Bliss with Nikki Cross, but the attractive part for WWE is the team itself.

Ringside News has learned that “Alexa and Nikki are liked by Vince [McMahon], Bruce [Prichard], writers and producers as a tag team.” They have received praise backstage which is the reason for the continuation of their alliance.

Alexa Bliss and Nikki Cross are currently the WWE Women’s Tag Team Champions. Their storyline with the IIconics might be far from over after they retained via DQ on last week’s episode of Friday Night SmackDown.

Bliss also spoke in the past about wanting to legitimize the WWE Women’s Tag Team Titles. It seems that she might get that opportunity if her team continues receiving such support backstage.