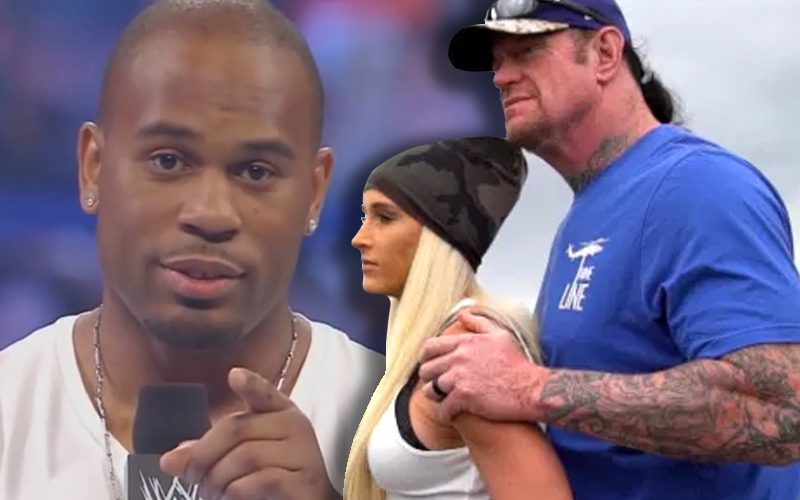 Shad Gaspard’s death was a tragedy during a time when the world has so much sadness already. He passed away like a hero as he saved his son, and his memory will live on through the amazing impression he left on so many people.

While speaking to Access host Mario Lopez, The Undertaker and Michelle McCool were given opportunities to speak about Shad. McCool remembers him as one of the nicest guys and “a rare gem.” He was always smiling and looking to be a positive influence.

“He was one of the nicest guys. He was just one of those rare gems, that it doesn’t matter where he is or who he was with, he was always smiling. Everybody has something nice to say about him.”

The Undertaker stated that “it’s hard to find people like” Shad in “this industry.” Taker said Gaspard was “a genuine, a giant man,” but a “sweetheart” as well.

Michelle McCool then stated that his final act of saving his son showed what kind of man Shad Gaspard was.

The Undertaker opened up a bit more about Shad Gaspard’s memory while commenting on how terrible 2020 has been for everyone at this point.

“When we talk about heroes and people that you look up to, just that last act of what he did, you know, just… what a great father and human being that he was. It’s just so sad, and it’s just another example — this year has been so bizarre.”

“COVID-19 and everything else that’s happened, and something like that, you know… one minute you’re at the beach with your son, enjoying and having a great time, and then something catastrophic like that happens.”

The novel coronavirus knocked everyone’s life out of whack. Millions are dealing with sadness and tribulations all over the world. Hearing stories like Shad Gaspard’s death didn’t make things easier at all.