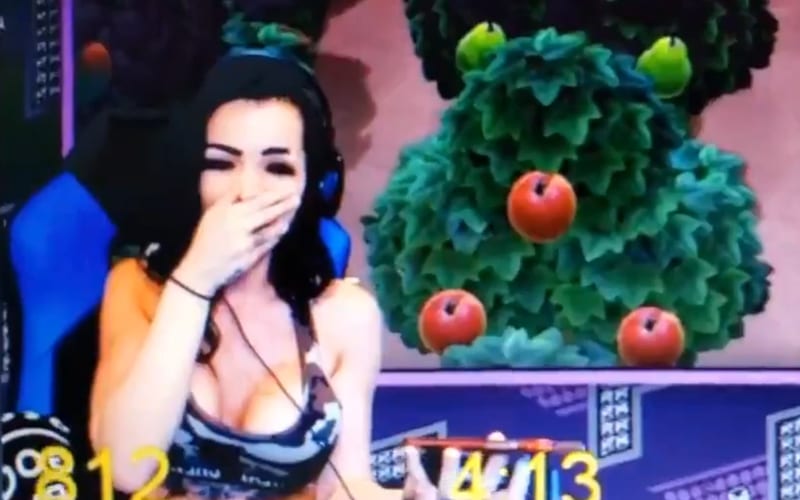 Paige has a lot of fun on live stream. She will often play video games on Twitch and last night she did something else. She instantly regretted it as well.

For some reason Paige got her hands on a razor and got a little too close to her eyebrows. This resulted in her taking half of an eyebrow off.

“I look f*cking crazy,” she said to her Twitch audience.

She swore a lot. If you ever wanted to hear Paige drop the F-Bomb now is your golden opportunity. She was laughing through it all as she couldn’t believe what she just did.

You can check out a video below that was uploaded by a fan. This went down as Paige was playing Animal Crossing New Horizons.

Paige did have to admit that the razor gave her a very smooth shave.