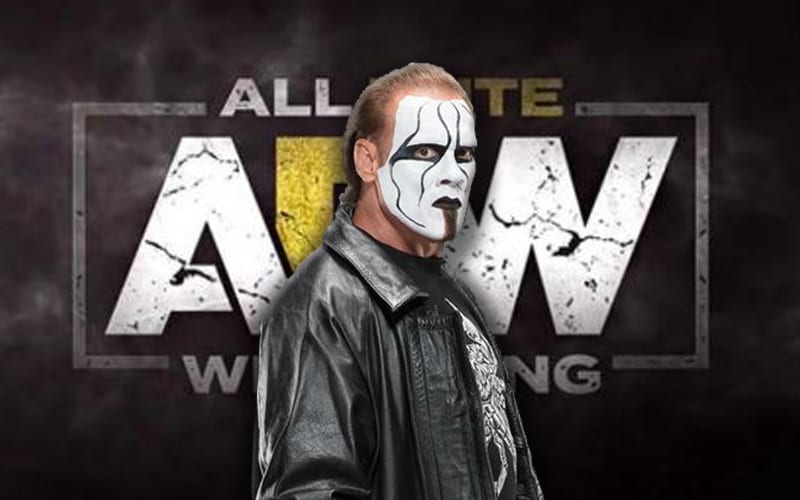 Sting and AEW might be closer to working with each other than some realize. WWE and Sting parted ways which was first revealed after an action figure deal fell through. How likely is Sting to come and work with The Elite?

Booker T also believes that Sting wants to wrap up his career in All Elite Wrestling.

During Sunday Night’s Main Event, Dave Meltzer opened up about Sting coming into AEW. He stated that Sting has no relationship with WWE and there is reason to believe that there is fire behind the smoke when it comes to AEW rumors.

“Obviously he’s got no relationship with WWE which really surprised me because it’s one of those guys I didn’t think would have no relations with. I mean technically right now Ric Flair is the same way. Ric Flair’s a free agent.”

“But with Sting, I’ve got to think there is smoke to the fire, number one, because he’s tweeting about AEW, and Sting’s not going to do that because he’s not paying attention to anything unless he’s got an interest in it, and that they’re kind of acknowledging it, and also, when I ask about it, I get no answer. If there was nothing to it, I’m sure they would say there’s nothing to it. So I think there’s something to it. If they already have a deal, they’re going to announce it on their terms because sometimes they’ll wait a couple of weeks. And if they don’t have a deal, it’s probably something they’re at least contemplating.”

AEW Double Or Nothing is this Saturday. Sting hasn’t been confirmed for any type of deal with AEW, but if he was planned for a big surprise then they wouldn’t let fans know about a deal anyway.

Mike Tyson is coming in to present the new TNT Title at Double Or Nothing. That was a role some pegged for Sting. We will have to keep a close eye on this situation because 2020 has already been a pretty unpredictable year so far.