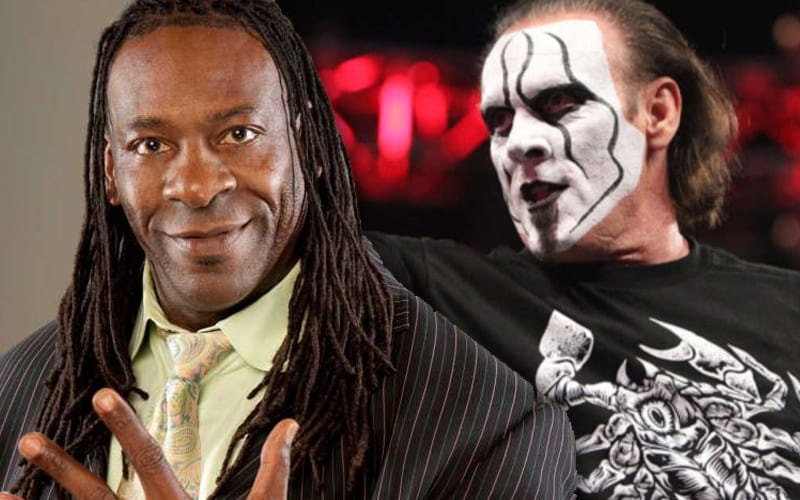 Sting is no longer under WWE contract. The timing of this is very interesting because AEW is getting friendly with him. The way Booker T sees it Sting could be on his way to All Elite Wrestling.

During his Hall Of Fame radio show, Booker T restated the old phrase that “anything can happen.” The way he sees it Sting could be on his way back to the squared circle.

Booker T continued saying that he thinks Sting feels as though has something to prove. A WrestleMania match against The Undertaker isn’t happening. The two-time WWE Hall Of Famer said that Sting probably feels as though he has more to give. He might just give it in AEW.

“WCW shut down and Sting went radio silent for a long time up until TNA came along and then he was a part of that, but that did not to my estimation live up to the expectation of what we wanted to see from Sting. So he had to make a trip to WWE to get that time.”

“Sting was no spring chicken. Sting was the oldest guy in the locker room. Sting could not go out there and perform at the level he once could as well as father time catches up with everyone.”

“I’m sure he would have liked a better run. I’m sure he would have liked to made a bigger impact in WWE,” Booker continued. “I’m sure Sting, his mind wanted to do so much more than his body would let him and once you get an injury like that in WWE, they put you on a no-touch list. So him doing something there is slim to none as far as going out there and having that WrestleMania moment with The Undertaker, slim to none. So for him to see him make the jump to AEW. I could see that. I could see Sting doing that because right now Sting probably still feels like he’s got something left to give as well as Sting probably feels like he wants to end it. A lot of wrestlers have that bravado. They want to go out some special kind of way, you know what I’m saying. I think the rumors are true and I think they’re saying, I’m just reading that ‘WWE Hall of Famer will not appear at Double or Nothing PPV,’ but that just could be smoke and mirrors.”

We will have to see what the future holds. AEW could generate a lot of attention if they brought Sting in. How they use Sting will also go to determine how successful the entire partnership is. At this time, there has been no official word from AEW or Sting. It is certainly something to keep us guessing as 2020 carries on. 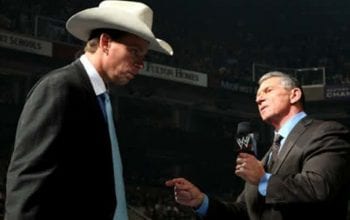