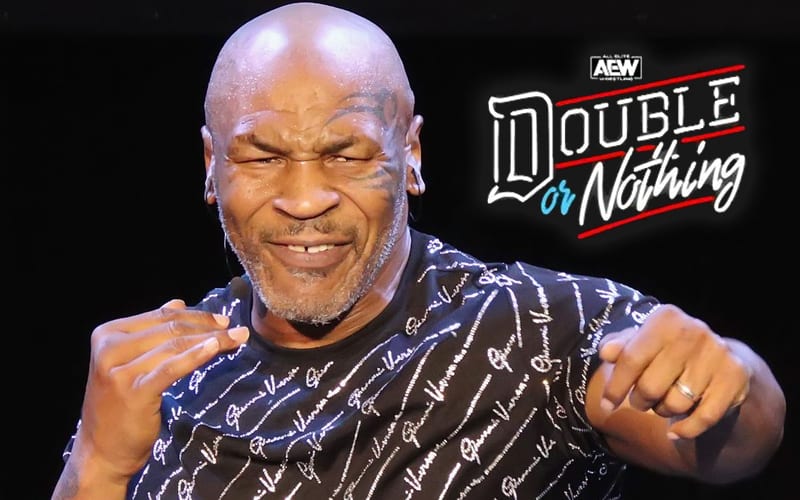 AEW pulled a big power move this week on AEW Dynamite. It was revealed that Mike Tyson will be at Double Or Nothing to present the TNT Title. This raises the stakes even more in Lance Archer and Cody’s match.

Mike Tyson was at Double Or Nothing in Las Vegas last year. Footage was released of Iron Mike hanging out with Fatass Masa backstage. During Wrestling Observer Radio, Dave Meltzer explained how AEW was able to work out a deal with the famous boxer by using last year’s event to open up talks.

“[Tyson] loved it (AEW), absolutely loved it That was the impetus of having him present the belt.”

It was noted that Mike Tyson can’t be inexpensive to book. If you add in the fact that AEW won’t have a live gate then that makes things even more interesting. AEW is still bringing in Mike Tyson for Double Or Nothing. Hopefully, this generates enough buzz to make it worthwhile.