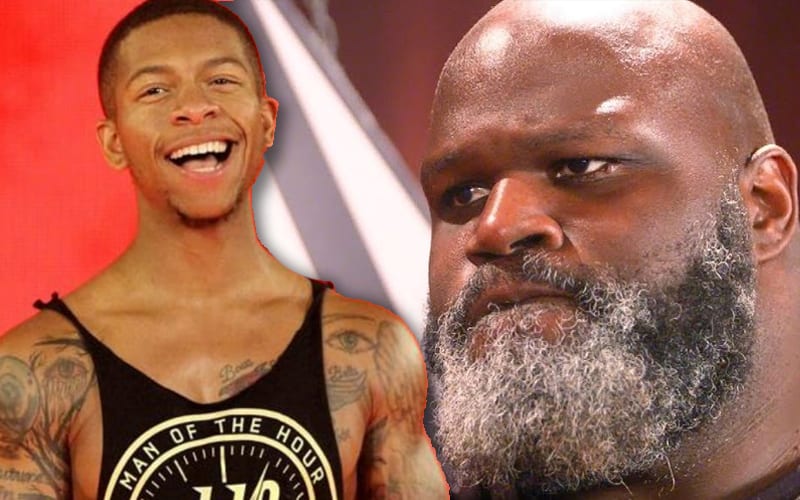 Lio Rush called Mark Henry out, and The World’s Strongest Man is claiming defamation. He stated that his Harvard educated attorney is pissed and threatened legal action.

The Man Of The Hour didn’t take this legal threat too seriously. He sent out a tweet to Mark Henry to further provoke him. This was followed by a longer tweet aimed for Mark Henry.

Lio Rush stated that Henry didn’t help get him hired, and he never worked for him either. In fact, Mark Henry is a stranger and nobody should talk to strangers.

One more thing if you don’t mind Mark Henry , good for you for getting that 80% hired. I wasn’t one of them though, so i owe you NOTHING. You weren’t signing my checks, nor did I work for you. I DONT EVEN KNOW YOU. Stop being weird. I was taught not to talk to strangers.

Lio Rush doesn’t seem to mind stirring the pot. He has no connection to Mark Henry anymore. If Lio Rush never plans on wrestling again then that further limits the influence that Henry can have on Rush’s career.

Let’s see if this controversy continues and whether it ends in court. Should Mark Henry let his attorney handle this? Sound off in the comments below!