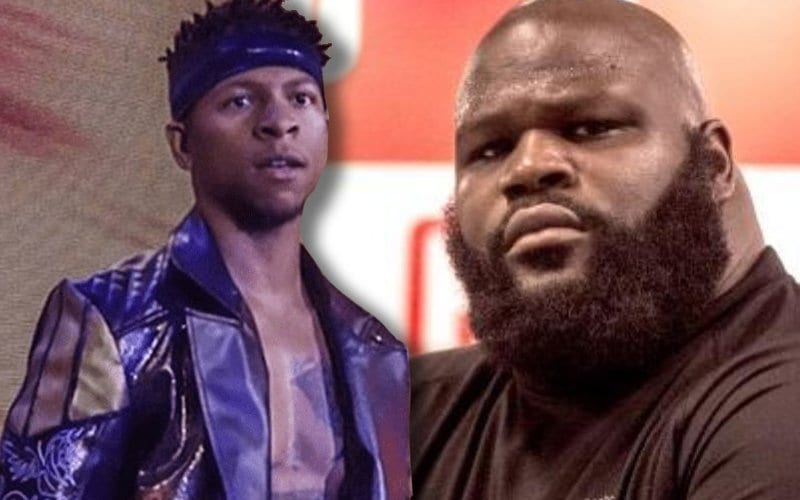 Lio Rush and Mark Henry’s heat with each other started simmering once again this week. Now it seems to be at a full-fledged boil after Henry threatened legal action against Rush. The Man Of The Hour isn’t done.

Rush tweeted out to Henry thanking him for saving his job back in the day, if that really happened. He proceeded to disclose that Mark Henry was his first pro wrestling action figure when he was a kid. Then Rush threw a little shade at Mark Henry by stating that he is glad the figure didn’t talk.

And by the way @TheMarkHenry , if you saved my job back then, THANKS. You were my first wrestling toy back in the day. Luckily it didn’t talk.

One fan tweeted out to Lio Rush saying: “‘Never meet your idols’ -Bray Wyatt.” Mark Henry replied to this fan by saying that his guy is wrong.

Let’s see if Lio Rush and Mark Henry can work things out. Right now it looks like it will take a lot of work for the two to come to some sort of resolution.