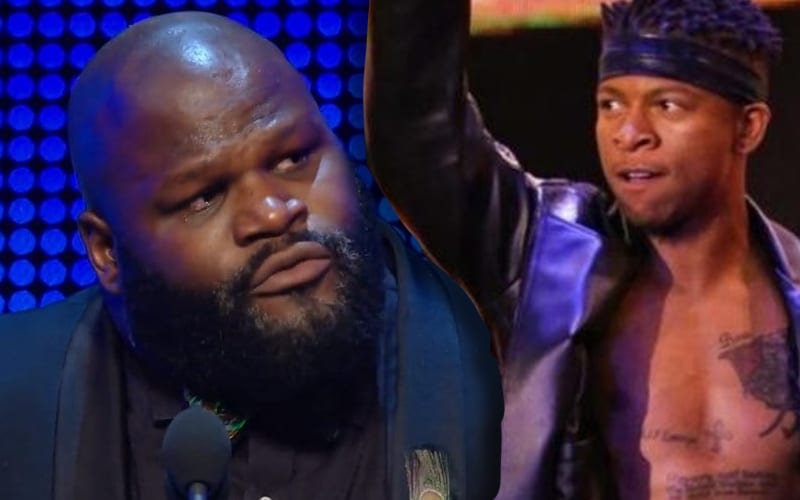 Lio Rush lashed out at Mark Henry, and now the World’s Strongest Man is thinking about taking Lio to court.

TMZ caught up with Mark Henry after Lio Rush dropped some big accusations about him. He’s thinking about bringing his attorney into the situation. Mark Henry’s lawyer went to Harvard, and they’re pissed.

“If you go down to the performance center at NXT, probably 25 I think, people of color in the facility, probably about 80 plus percent of them I helped get them there. I mean, it’s completely opposite.”

“He knew that I get a lot of attention. I have a lot of followers and he released the album, or song, or something, and he wanted to use that to get some attention. Get some buzz.”

“If he would’ve called me, I would’ve done it anyway. We would’ve just worked it. I would of really talked it up, we would of made world news, but now he said something slanderous.”

“My lawyer went to Harvard. I don’t know what kinda lawyers he’s dealing with, but I got those Ivy League people around me, and they’re pissed!”

“He needs to apologize.”

Lio Rush could find himself with some real problems if he doesn’t say he’s sorry. Mark Henry’s attorneys sound like the real deal and the WWE Hall Of Famer can certainly afford to have good people around him to protect his name.

Rush popped off some tweets for clout, but now he might need to apologize.