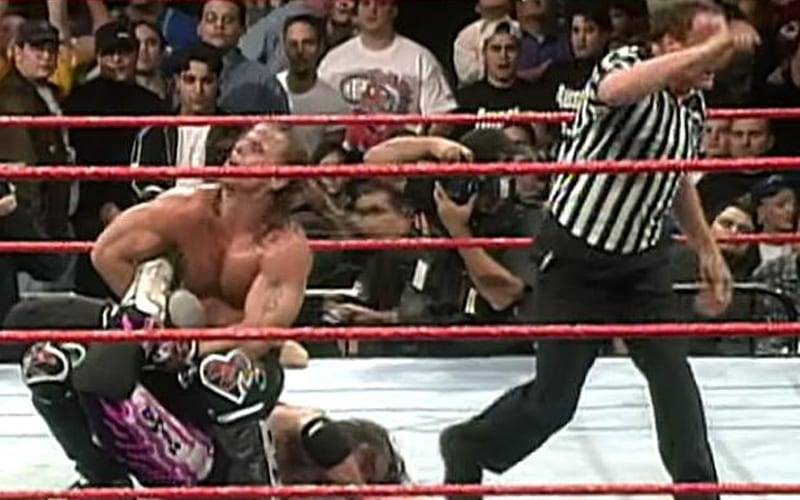 The Montreal Screwjob was a famous moment in pro wrestling history for many reasons. Not only did it give Bret Hart an incredibly controversial send-off, but it also created the Mr. McMahon character.

While speaking to VOC Nation, Earl Hebner discussed the Montreal Screwjob. He stated that upon receiving orders from Vince McMahon right before the main event, the walk to the ring felt like miles.

This was a historic time in pro wrestling history that caused heat between Bret Hart and Hebner for years. Earl Hebner said that he is friendly with The Hitman now and the two even talk on the phone from time to time. The famous referee still can’t shake the idea that the entire Montreal Screwjob was a work.

“I’m pretty sure that both of them knew it was a work…the only one that didn’t know at the time was me.”

The Montreal Screwjob wasn’t a work. Bret Hart had a real issue losing to Shawn Michaels because HBK told him he wouldn’t do the same if it were the other way around. Earl Hebner was the man who called for the match to end, but he is apparently having doubts.

It’s interesting that Earl Hebner has his doubts, what do you think? Sound off in the comments below!

Thanks to Wrestling Observer Newsletter for the quote