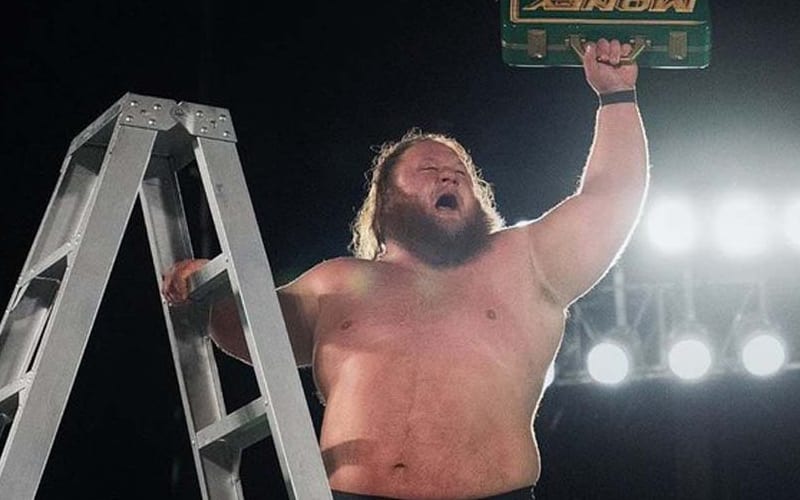 Otis became Mr. Money In The Bank, but he doesn’t plan on holding onto the briefcase for long.

While appearing on WWE The Bump, Otis was asked how long he plans to hold the Money In The Bank briefcase before cashing in. He was quite open about the fact that his personality isn’t one to wait around. That could result in him cashing in even if the champion sees him coming.

“There’s nothing to bask in, baby. With my personality the sooner the better and this bad boy in my mentality I don’t know when, but sooner or later this bad boy’s getting cashed in. I don’t care if my opponent sees me coming, or sees me from the side, or coming in from behind — which is something I never do and I’m gonna keep coming because this (the MITB briefcase) is what makes life better for your situation, for your career. The minute we cash this in I don’t know when I haven’t decided. My brain just does this, it’s just like whatever comes next, babe. I’m gonna say sooner than later.”

Otis isn’t the most stealthy individual. It makes total sense that someone would be alerted that he is sneaking up on them even if he’s trying to be quiet about it. We might just see him cash in that Money In The Bank contract soon so Braun Strowman might need to keep his head on a swivel for a while.