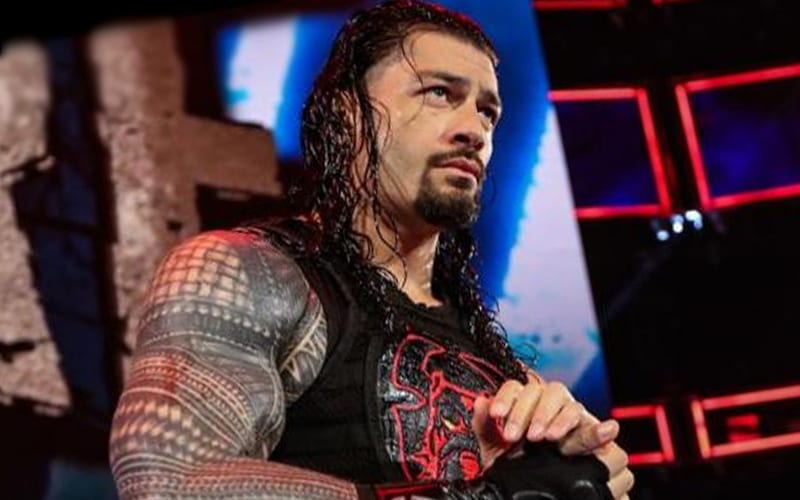 Roman Reigns made a cameo during Money In The Bank via a poster, but he wasn’t on the event. His name isn’t written into the scripts either. Those are all carefully crafted sentences and leaving out Reigns speaks volumes.

Nothing happens on WWE television without Vince McMahon’s approval. That includes mentioning Roman Reigns. We have been asked by readers about The Big Dog’s status with WWE. Sadly, it hasn’t changed.

Ringside News has learned that Roman Reigns’ name wasn’t mentioned at all backstage during the television tapings. Nobody is going to bother Vince McMahon about it right now either.

We were specifically told: “His name not mentioned at all. And no one is going to ask Vince.” This is not a situation that has gotten any better since The Big Dog did that TMZ interview.

If WWE mentions Roman Reigns on television then that brings him into the narrative. Things are still not to the point where McMahon wants Reigns’ name to be involved in any storytelling.

Roman Reigns might appear on digital clips or other online offerings. The part to pay attention to is whether his name appears on a script that Vince McMahon approves. It boils down to Vince McMahon not bringing Roman Reigns up and everyone else being afraid to do so.

Vince McMahon was on a bit of a tear over the television tapings. He cut out high spots and he also demanded respect for WWE referees.

We’ll have to see when Roman Reigns returns. He said that he is healthy and his immune system is fine. He is staying home for his young children and his family. The Big Dog’s name probably isn’t going to come up on television in the meantime.