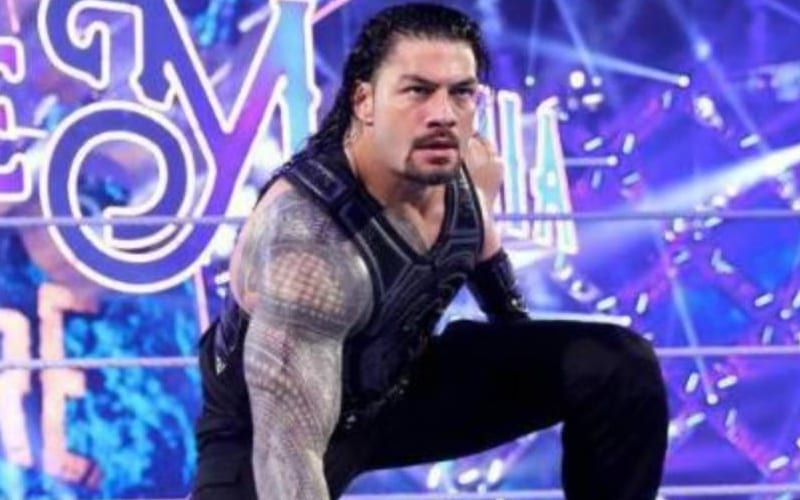 Roman Reigns showed up to work WrestleMania 36, but he didn’t wrestle Goldberg as planned. He went home and his name hasn’t been spoken on WWE television since. Reigns still showed up somehow during Money In The Bank.

Click here for our complete coverage of Money In The Bank.

While AJ Styles was hunting Rey Mysterio through WWE Headquarters, he passed a few posters on the wall. One image of The Undertaker made him a little jumpy. He punched another with Rey Mysterio on hit. Then AJ passed a poster he totally ignored, but everyone else saw it.

The Big Dog’s pose from WrestleMania 35 was hanging on the wall for all to see in a blown-up image. They could have removed this image from the wall of WWE Headquarters, but they left it hanging. AJ Styles didn’t acknowledge the giant Roman Reigns image to his left, but it still counts as a cameo of The Big Dog for a lot of hopeful fans.

As of this writing, WWE’s announce team hasn’t spoken Roman Reigns’ name on television. He has not been purposefully brought into the conversation. That really matters. A lot of fans are getting their hopes up about the Roman Reigns poster at Money In The Bank, but it might not be a good idea to read into it much.

Do you think Roman Reigns will be back and everyone is just swerving fans? Sound off in the comments below!