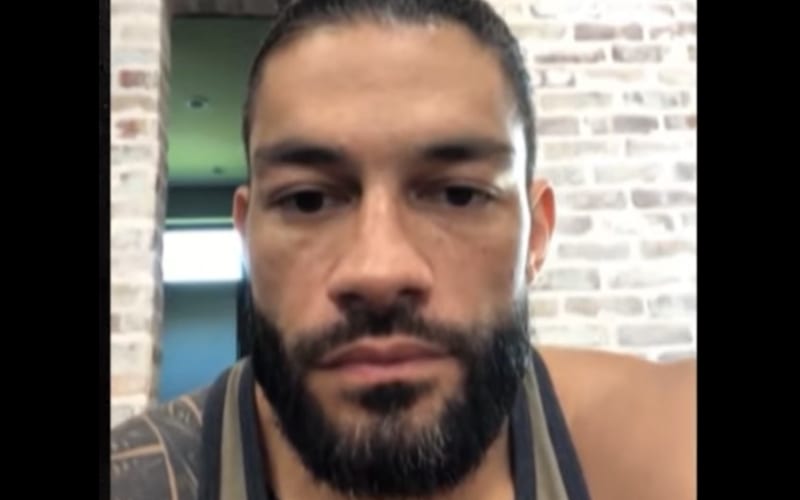 Roman Reigns decided against taking the risk and wrestling during the COVID-19 pandemic. He hasn’t been mentioned on WWE television since, but The Big Dog can’t wait to get back to work.

While speaking to TMZ, Roman Reigns stated that his doctors told him that his immune system is fine. The drugs he’s taking are doing exactly what they are supposed to do for him. He stayed home for his children.

“We just had twin boys, they’re eight weeks old, so I did it for them.”

Roman Reigns stated that he loves pro wrestling. He said he could have taken more time when coming back from his bout with leukemia, but he decided to come back as soon as possible. Reigns said that it’s about his family this time.

Reigns said it’s strange to not see any fans out in the crowd during WWE shows. He wants to get back to work, but he feels that he has an obligation to his community along with his family. Reigns wants to be an example for others as well. When asked about coming back to WWE, The Big Dog hopes that he can return to his yard soon.

“Really, to be honest I don’t know. We’re just going day by day. Takings this thing how it comes. These are weird times. These are brand new times for us. This is a new normal and we’re just trying to collect the most information and make the most educated choice possible. Gotta protect my family and myself. I want to get back out there for the fans — it’s tough to be a performer who’s not performing.”

Roman Reigns said “hopefully, very soon, but right now we’re in daddy mode.” He has a lot of responsibilities at home. Hopefully, Roman Reigns will be able to come back soon.

Vince McMahon reportedly changes his mind about Roman Reigns‘ on a frequent basis. We’ll have to see when he can return, but it looks like he has enough reasons to not take any chances.