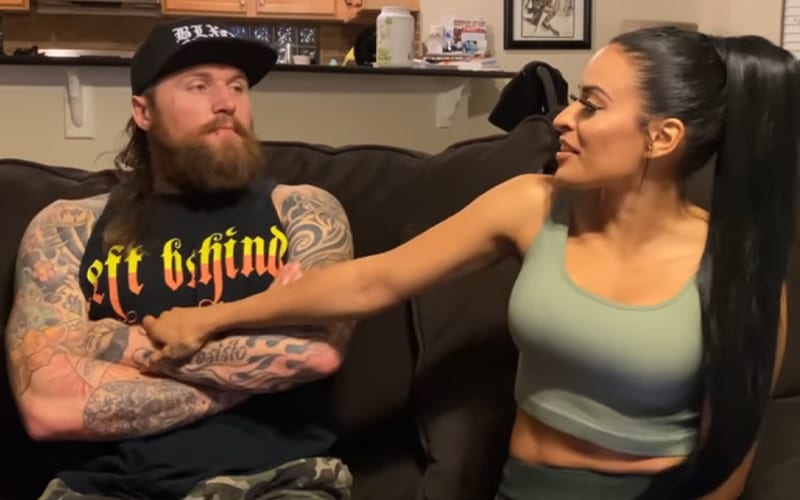 Aleister Black and Zelina Vega might have surprised some when their relationship became public knowledge. Now the married couple can look back at how everything started for them, and they have a lot of laughs as well.

Aleister Black joked about a frequent response he apparently gets about his tattoos: “What an idiot! Don’t you know when you get old you’ll still have them?!” Then Vega laughed and revealed how she remembers first seeing her husband’s many tattoos.

Black thought it was funny that his wife remembers her first reaction to his tattoos. Zelina Vega continued to explain what she remembers about that day through Black’s laughter.

Aleister Black continued to explain how her reaction to first seeing him reminds him of a scene with Cartman’s mom from South Park season 2 episode 2. In the end, Zelina Vega didn’t get to tell her entire story because Aleister Black thought it was so funny to begin with.

Who’s the best couple in WWE? Sound off in the comments below!