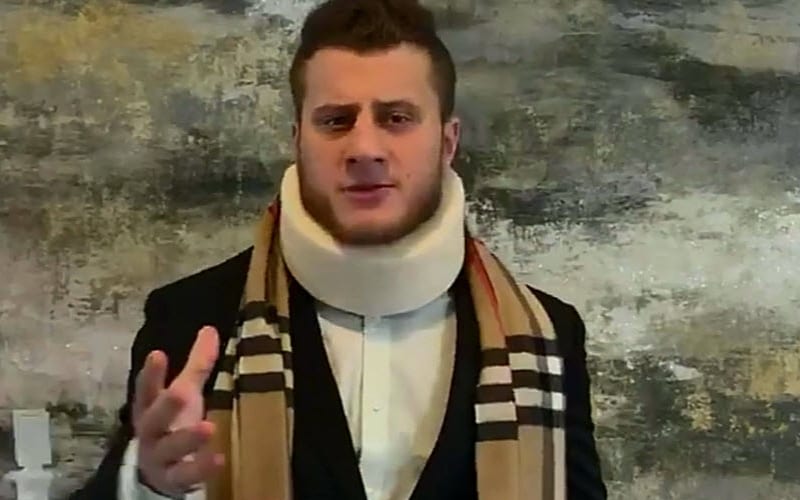 MJF couldn’t attend the last set of AEW television tapings in Georgia. He lives in the New York area and nobody from that region made it to the tapings. In the storyline, he was dealing with a gruesome hangnail injury that nearly took his life. He provided fans with an update this week.

MJF informed fans that his doctor told him that he’s never seen someone heal so quickly. He actually over-healed his hangnail.

The bad news is that MJF cut himself while he was shaving. He cut his neck while shaving. A normal man would have bled out and died. MJF did not, because he is a warrior.

He was bummed because he wanted to perform for the fans and “6 or 7 of my peers” around the ring. MJF stated that he will be back because he is the only hope that AEW has left.

MJF did not reveal his return date. It is very likely that he will be back on Dynamite when they film more television in the first week of May.