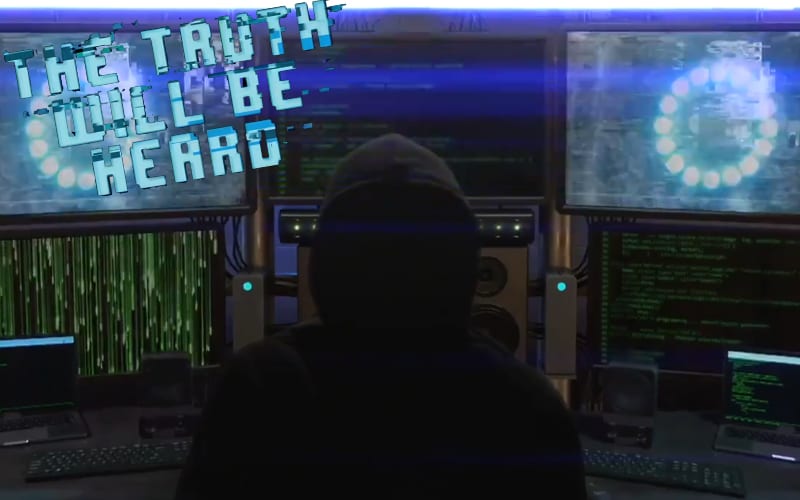 WWE introduced a hacker storyline and their presence is hard to ignore at this point. The hacker used to send glitches through the airwaves, but now they are intercepting and interfering in the actual angles.

Fans broke down the audio from one of the hacker’s previous videos. You can click here if you want those potential spoilers.

The hacker dropped a new video on Twitter. They are using the same account that used to belong to a WWE Support campaign. This new video is shorter, but it also means there is more to come.

We’ll have to see when the SmackDown hacker reveals their identity. It is possible that more than one person is behind these strange messages.

The Truth Will Be Heard, but what is “the truth?” Sound off in the comments below!