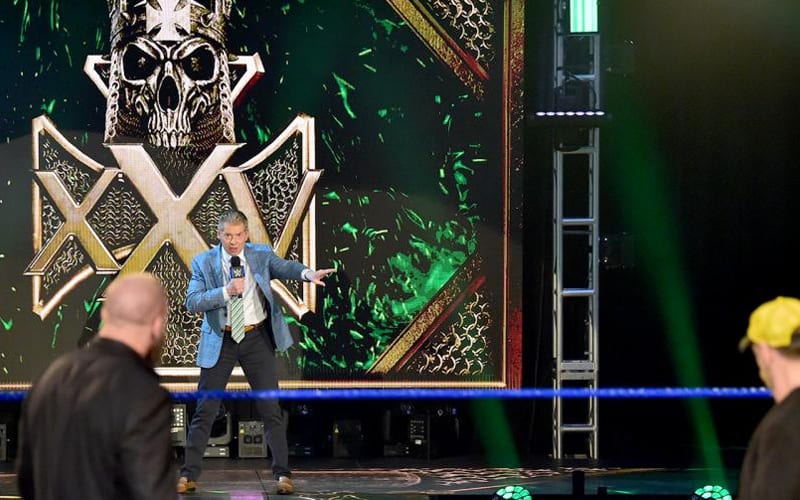 Triple H and Shawn Michaels did their best to fill twenty minutes at the end of SmackDown this week. Then Vince McMahon came out to roast his son-in-law. A lot of what The Chairman said didn’t make the YouTube cut.

WWE uploaded The Chairman’s speech about Triple H, but they cut out a lot of what he said. Any reference to Katie Vick hit the cutting room floor. They also skipped a story about watching Triple H simulate sex with a make believe corpse.

It was obvious where WWE made the edit because there is a big jump cut in the YouTube version of Vince McMahon’s speech.

The video reached 274,000 overnight viewers as of this writing. That number surpassed anything else WWE put out last night. Interestingly enough, WWE On Fox’s YouTube account put up the entire segment. The unedited version only has 24,300 views as of this writing.

Triple H’s 25th Anniversary Celebration might have been the main event segment, but McMahon was a big surprise that really capped off the show. WWE History has apparently erased some of Vince McMahon’s improvised dedication to Triple H.

You can watch Vince McMahon roast his son-in-law below.