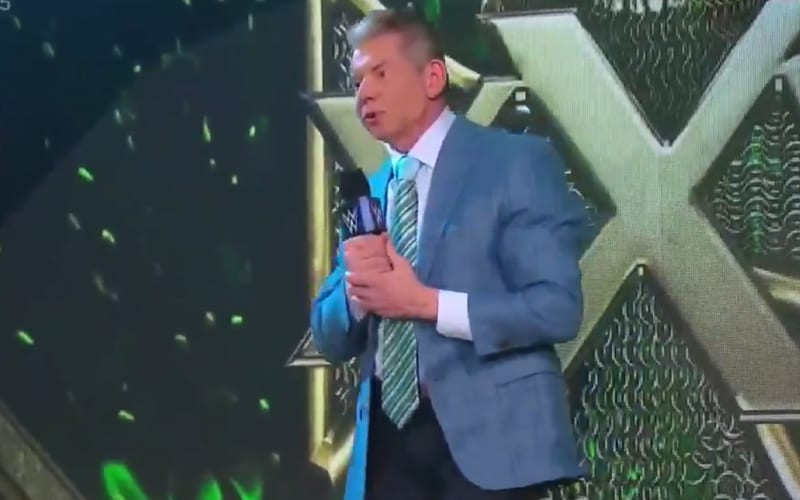 Original: Vince McMahon doesn’t show up very often on his own programming. He made a very special appearance during the closing moments of WWE SmackDown this week.

Triple H and Shawn Michaels were given the final twenty minutes of Friday Night SmackDown on FOX to revisit moments from Triple H’s career. They did their best to make it funny. Stephanie McMahon, Ric Flair, and Road Dogg all called in via FaceTime, but Vince McMahon still thought it sucked.

McMahon showed up at the end of the Triple H 25th Anniversary celebration to compare the segment with some of the worst of all time. He said that if the arena was full of fans they would be chanting “boring” at the segment. McMahon mentioned Katie Vick, Gobbledy Gooker, and Bayley This Is You Life as he talked about how bad the Triple H 25th Anniversary Celebration segment was.

He concluded the segment by telling Triple H that he loves him. Then McMahon walked off while yelling to “shut it down!” That is exactly what happened as the lights were turned off above Triple H and Shawn Michaels’ heads as they ended the show.