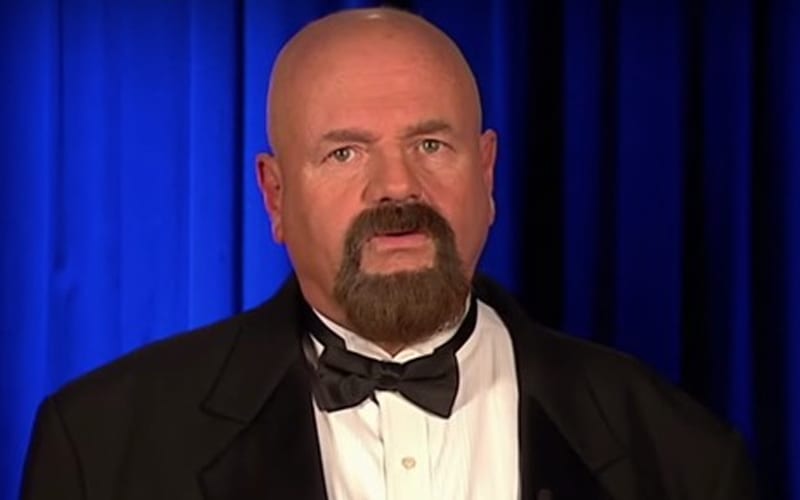 Howard Finkel passed away recently and the world lost a legend. He loved the pro wrestling business, but it wasn’t always the most kind place for him.

The Wrestling Observer Newsletter revealed a new story about Fink that took place years ago. This took place just after WCW wrestlers were brought into WWE so a lot of them were getting their feel for how WWE works. Fink was supposed to take a slap from a female talent, but he flinched. This resulted in a visit to Wrestlers’ Court.

Wrestlers’ Court doesn’t exist anymore, but it used to be a thing. The Undertaker acted as judge for a long time. Fink was brought before the Wrestlers’ Court as an announcer who flinched because he knew the slap was coming.

Finkel was “on the verge of tears” during this incident and was left “devastated.” This happened again, but Fink wasn’t brought back to Wrestlers’ Court.

He was devastated when it was over and sentenced to get slapped in the face again by another woman. And of course, he flinched again because he’s not a wrestler.

He wasn’t taken to wrestlers court after the second incident but was once again berated for it.

It was said that one veteran who witnessed the incident called it “one of the most immature and cruel things they’d seen in the business.”

The pro wrestling world reacted in droves when Howard Finkel passed away. He will never be forgotten and this new story shows how loyal he really was to pro wrestling.