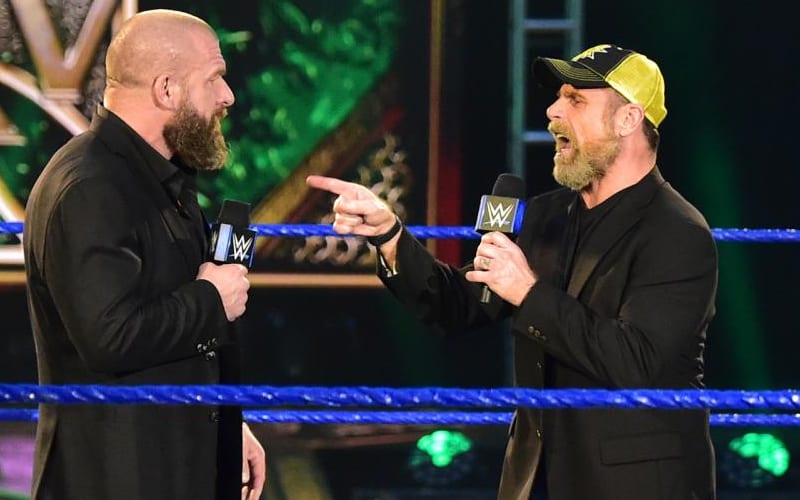 WWE celebrated Triple H’s career this week on Friday Night SmackDown. They apparently got a bit over zealous when recounting all of his achievements.

One user noted on Reddit that WWE padded Triple H’s stats during his big celebration. They added 53 additional matches to his main event pay-per-view stats, but doctoring their statistics is nothing unusual for WWE.

It said on SmackDown he had 123 PPV main events. He actually has 70 (Undertaker has the most at 73). And yes, I even counted the UK-only PPVs.

Triple H had an amazing career and it keeps going. His 25th anniversary was a very special segment that even featured Vince McMahon making a rare appearance. That doesn’t change the fact that he probably needs to become a full-time Superstar again if he wants to reach that 123 number that WWE claimed for him.

What do you think about WWE adding to Triple H’s numbers? Sound off in the comments below!