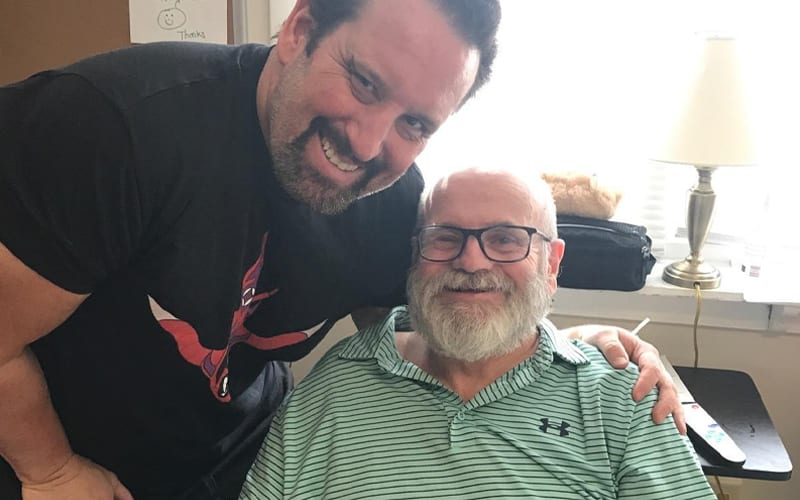 The pro wrestling world lost Howard Finkel this week and it was a very sad time. A report came out last year that Finkel suffered a stroke, but his close friend Tommy Dreamer knows what really happened.

While speaking to Busted Open Radio, Dreamer explained that The Fink did not have a stroke. He actually suffered from a rare genetic brain disease. This caused his brain to shrink which was devastating due to the stroke-like symptoms.

“A lot of people said Howard had a stroke. Howard did not have a stroke. Howard had a rare genetic brain disease. His brain was shrinking and I hate that because the whole out think the Fink and he was slowly losing his mind. He had stroke-like systems but he kept falling because of his brain. I didn’t post pictures of us on social media. I took them all the time I would visit him, but Howard had such pride. He didn’t want the people to know that he was sick. He didn’t want people to feel sorry for him. He was literally just sitting there watching the Mets game until it was time to watch wrestling.”

“I posted a picture last night on social media and everyone kept hitting me up about the note over my shoulder. I went back and I looked, and this was when Howard was in a bad state. Howard couldn’t, sadly, use a cell phone anymore because of his hands. If you handed him the phone, which is what I would do every time I would visit, I would FaceTime with Justin (Credible). Howard’s medical note above my shoulder said, please put channel 43 on at 8 p.m. on Monday Nights. Wrestling is on. That was his medical note. He loved us. We were his family. That’s all he had. He loved performing in front of the fans and he loved us, unconditionally.”

Howard Finkel was a part of many amazing moments throughout WWE history. A Superstar’s big title win didn’t seem to count unless Fink was announcing them as the NEW champion.

Fink might be gone, but he will never be forgotten.