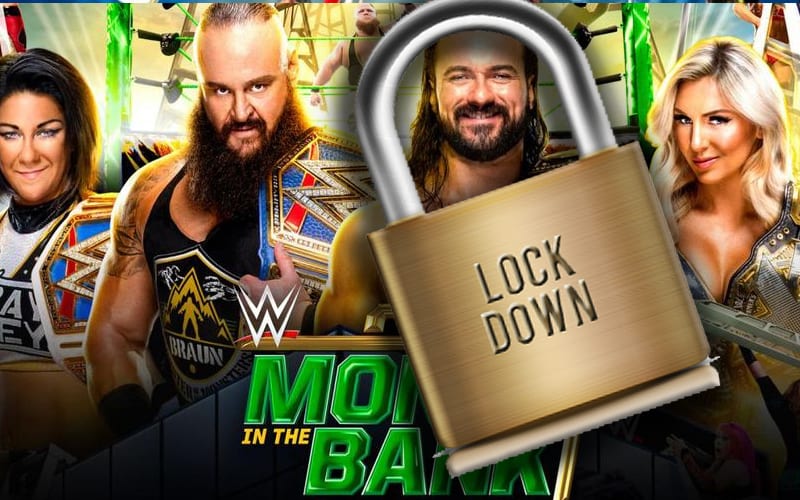 WWE is an essential service in Florida, but the same title has not been granted to Vince McMahon’s company in Connecticut. For some reason, WWE’s filming activities at their HQ was stopped earlier this week.

Click here for our first look at the ring on top of WWE’s Headquarters.

Fightful Select reports that production during Money In The Bank was stopped for “an undetermined period of time.” This situation was eventually settled, but it did hold them up.

We’re told there was also a hiccup that caused filming to stop for an undetermined period of time, but was eventually settled. We’re working to gain more information on that.

WWE Superstars were flown out to Stamford on Tuesday. They had to rush and film the matches with a lot of downtime between shots. WWE is bringing back the cinematic style for Money In The Bank this year. We’re uncertain exactly what it will look like compared to previous cinematic offerings from the company.

Does this change your thinking about Money In The Bank this year? What do you think the hold-up was during production? Sound off in our new and improved comments section!