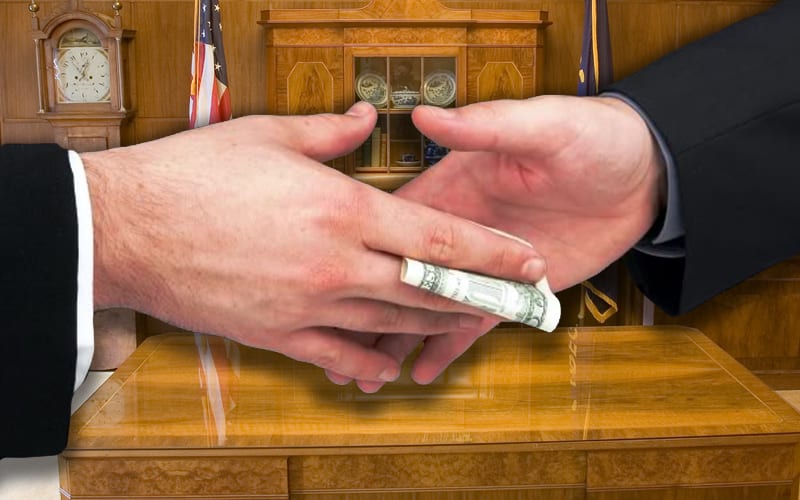 Linda McMahon left the Trump Administration to run a Presidential Super PAC. She is now responsible for millions of dollars and where that money goes. This is a very good position for her to be in, but Linda McMahon isn’t off the radar by any means.

It can not be definitely stated that one action caused another. The timeline of events is still incredibly interesting.

“One of the sources in the company that I spoke to does believe that there were some behind closed doors quote-unquote sort of a deal and I don’t know — to be clear this is not proven, this is a political ad campaign in not just Florida and it’s not just for WWE to re-open it’s pro sports and other entertainment assets as well. It’s important to note that, but at the same time it’s coincidental timing and you have the ties in there with the President and Vince McMahon and Linda so it’s so it’s hard to and frankly foolish not to look at that and see if there is any evidence pointing to something. So, I think that’s what you have to do is at least consider that option.”

In case you need a refresher, here is the timeline of events:

Linda McMahon promised $18.5 million to Tampa and Orlando. That same day Florida Governor Ron DeSantis declared that WWE and all other nationally broadcasted entities can run out of Florida. They are deemed an essential service as long as they are a national broadcast and run on a closed-set without fans present.

We’ll have to see if more information comes to light in this situation, but it might be worth noting.

What do you think happened in this situation? Sound off in our new and improved comments section!