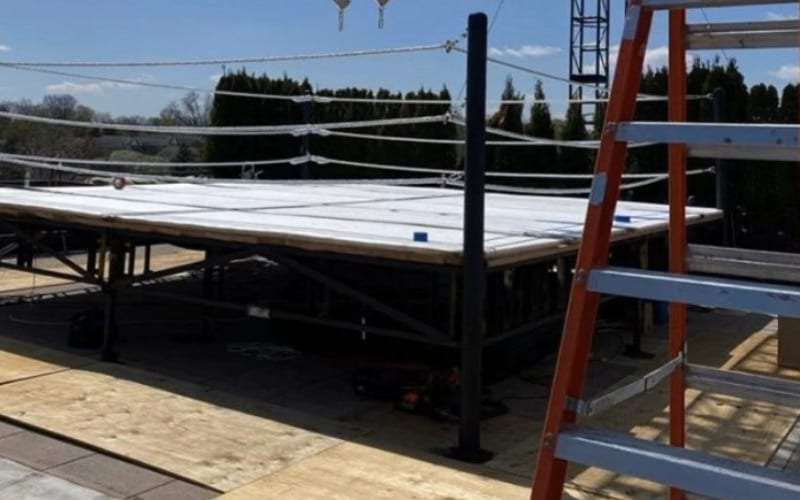 WWE is holding a much different Money In The Bank event this year. It will take place at Titan Towers with the match concluding on the roof.

New photos have been released of the set’s construction. It looks like WWE went all-out on the rooftop of their famous Titan Towers HQ.

WWE constructed a full-sized ring on the roof. It appears that they also have a crane to suspend the MITB briefcase as well. Money In The Bank will be a very different kind of show this year.

PW Insider reported that WWE was filming on the roof of the WWE Headquarters yesterday. It looks like they’ve got a lot going on. You can check out the photos below.

WWE has plans to move out of their Titan Towers headquarters and into a new building. Those plans were put on hold by at least 6 months due to recent budget slashing measures.