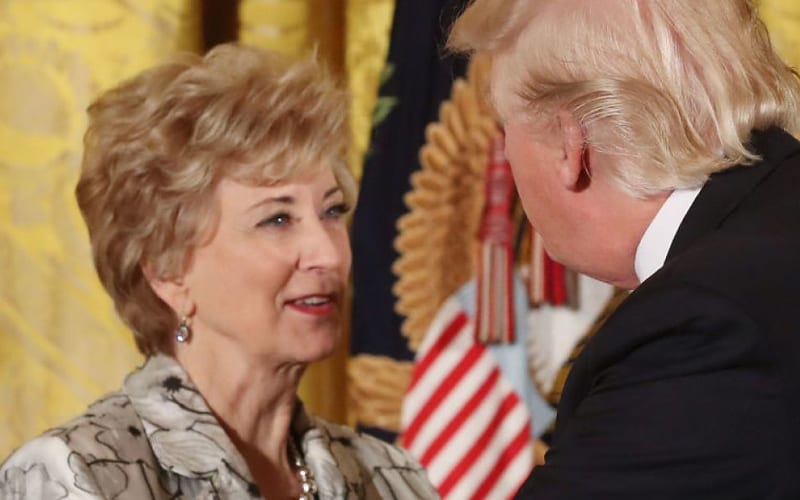 There is a lot going on behind the scenes in WWE. Right now it might look more like an episode of The West Wing with all of the political moves in play.

WWE is now an essential service as Governor Rick DeSantis said yesterday in a statement through Orange County Mayor Jerry Demings. They can run live events as long as it’s a national broadcast.

Now WWE can have a full staff at their television tapings as long as they are essential to the show.

Stephanie Coueignoux and Jon Alba were able to piece together a very interesting timeline. It looks like money was promised before some big favors for the McMahons were granted.

Linda McMahon was previously working as the head of the small business administration in the Trump administration. She left that position to run this Super PAC.

There is no way to definitively say that the Florida Governor changed the criteria of what constitutes an “essential service” because Linda McMahon promised $18.5 million dollars to Tampa and Orlando. This timeline does seem to show that the events did occur in that order.

What do you think about WWE being an essential business? Sound off in the comments below!