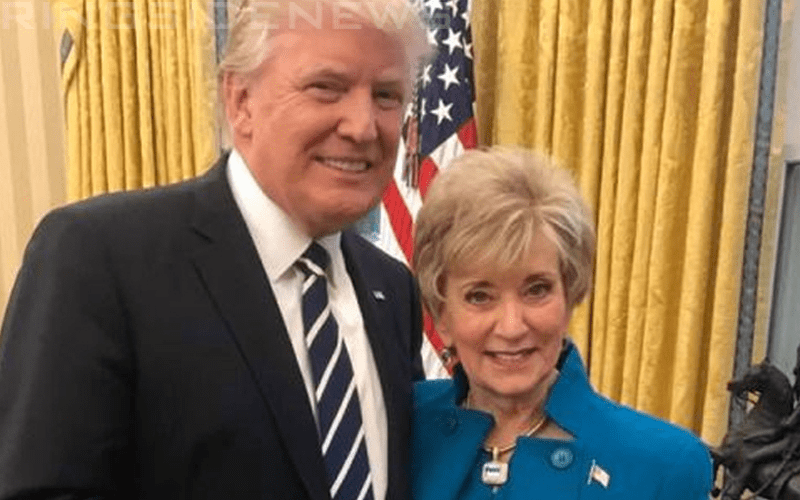 Linda McMahon was the head of the small business administration in President Donald Trump’s cabinet. Now she is leaving her position to take on a job in the private sector where she will still help out the Trump administration.

Politico reports that McMahon is expected to leave the Trump administration as early as today. She will step down from her job and become the chair of the America First Super Pac which is being viewed as a “key plank” in raising money for Trump’s re-election campaign.

The president is expected to huddle with major donors on Saturday evening at Mar-a-Lago, according to two people familiar with the plans. Trump is planning to speak to reporters at 4 p.m. McMahon is joining the president at his private club this weekend.

This was a surprise for some because she was thought to have been in line to replace Wilbur Ross, but she is now taking this new gig instead.