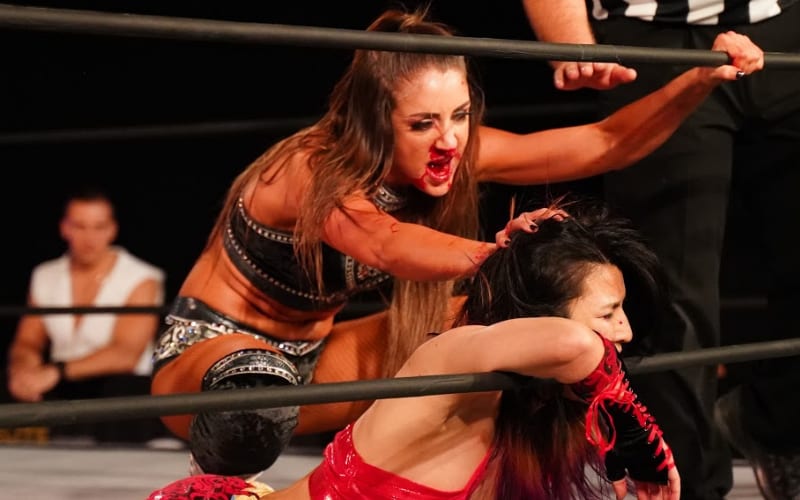 AEW filmed over 20 matches in a row from QT Marshall’s gym in Norcross, Georgia. Since they had so much content to work with they have the luxury of airing things in the order they want to and not the order in which they were filmed.

The Wrestling Observer Newsletter noted that several matches from AEW Dynamite were aired out of order. Britt Baker’s match this week was filmed before her match last week because her match last week resulted in a bloody injury and a deviated septum. Baker can’t heal her nose that fast, she’s only a dentist.

It was stuff put together from different times. Britt Baker seemed fine, so it would appear her match was taped before the Shida match last week where she broke her nose, but I don’t know that as a fact. Hager vs. Moxley was taped back at the last set of Jacksonville tapings since Moxley wasn’t brought to these tapings.

It was also noted that Kip Sabian vs Chuck Taylor was filmed on a different day as well. It was added to the show to set up Sabian’s match against Dustin Rhodes next week on AEW Dynamite.

What do you think about AEW Dynamite’s empty shows so far? Sound off in our new and improved comments section!