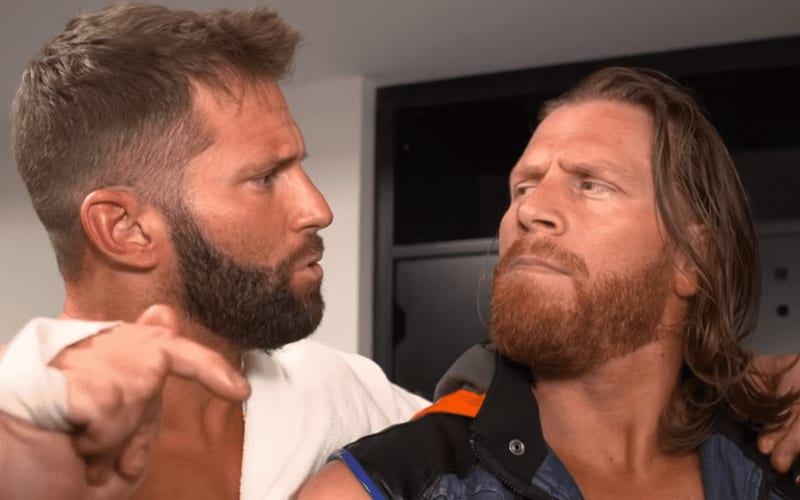 WWE announced today that they were laying off a lot of employees. Up to 40% of their staff was cut. Zack Ryder and Curt Hawkins were included in those releases.

Now the Major Brothers are on their own. Ryder spent 14 years as a WWE Superstar, but Hawkins knows what it’s like to be released. We will have to wait and see if either of them eventually return to WWE.

They were both very thankful for their time with WWE. They gained a lot of memories as WWE Superstars and got to play with a lot of toys as well.

Ryder sent out a tweet saying that he only wanted to wrestle and he got to live his dream for 14 years.

The only thing I wanted to do in life was wrestle. I’m grateful I spent 14 years living my dream in WWE. Thanks to my fans & everyone who believed in me. As I was getting released, I was looking at this photo & smiling. I’m #AlwayzReady & beyond excited for the future. #NotThere

Hawkins stated that the last time he was fired, he had a funny tweet. That didn’t work this time around. He went on to say that after all this novel coronavirus pandemic is over pro wrestling will be stronger than ever.

Last time I got fired I had a really funny tweet in response to it. Doesn’t really feel appropriate today. I will say this, a lot of very talented ppl lost their jobs today and out of this disaster the PRO WRESTLING community will rise stronger than ever!

Hawkins followed this tweet up with two more. He stated that Heath Slater’s seminar at Create-A-Pro is going to be fire. Then Hawkins admitted that a falls count anywhere match in against Luke Gallows in a VFW sounds really good right about now.

Doctors are working hard to figure out how to stop the spread of COVID-19. Until it’s over all we can do is be patient and take the precautions needed to make sure that we make it through this difficult time.