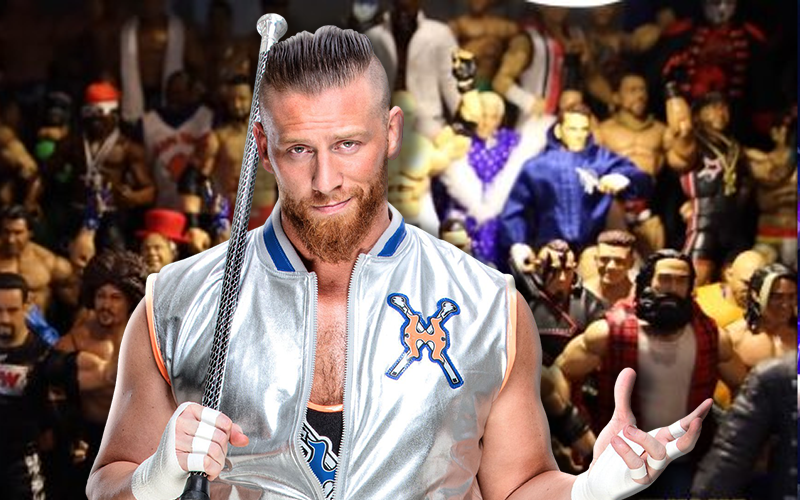 Curt Hawkins loves action figures and pro wrestling. He has a podcast with Zack Ryder about their major wrestling action figure obsessions.

Hawkins recently gave fans a very rare tour of his “playroom.” It took 28 minutes to give a full tour and there is a lot to take in. One thing we found interesting was that he keeps a shelf of Mattel figures especially for former WWE Superstars.

People like Harper, Hornswoggle, Tyson Kidd, and more are on this shelf as he explained.

“Over here is the last shelf of Mattels out of the seven I have going here and that is the future endeavored shelf. All my buddies. Obviously I want to have at least one action figure representation of people I wrestled and my colleagues and yeah if they’re not current roster guys I move them over there.”