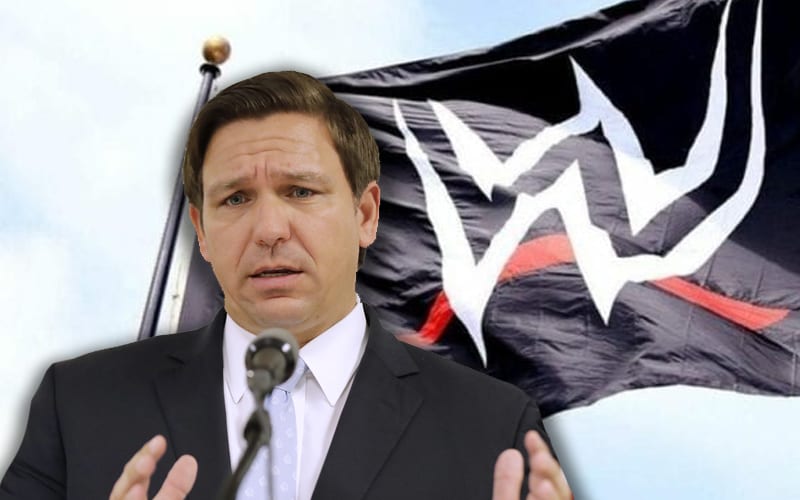 During a press conference today, DeSantis was asked about WWE being considered an essential service. He explained that Disney World is also allowed to have people on their grounds. Since WWE is operating with a closed set then they are permitted.

“Disney asked for some of the gardening people to go because they have millions of dollars worth of stuff there and it’s just gonna go bad. I said, ‘is there gonna be social distancing?’ They said, ‘yeah they’re just gonna go out there and work themselves. Obviously WWE, there’s no crowd and it’s just a very, very small group of people. We just look at it at a case by case basis. We haven’t had a lot of requests. I think a lot of this will be ‘What do we look like in May with some of this rather than ‘can we do stuff?'”

“The one thing I support is, I think that we do need to support content especially sports and events. Not saying they’ll have a crowd there, but if NASCAR can have a race and televise it without having a large crowd I think that’s a good thing.”

He continued to say: “I think people are starved for content, we haven’t had a lot of content since the beginning of March. If people are being told to stay by the house this is something for them to do.” He said that they’ve never experienced something like this in the sporting realm. This is a “light at the end of the tunnel” and if it’s “on a psychological perspective I think that’s a good thing.”

AEW also falls under these qualifications for essential services. Nobody seems to be bringing them up like they do with WWE.

People want to see content on television, but recent viewership numbers seem to show that they aren’t watching WWE. Vince McMahon’s company will carry on through this pandemic. It appears they have the state of Florida behind them as well.

Police were called multiple times to the WWE Performance Center tapings. They were not shut down as WWE was operating under the same loophole that the media used before being declared an essential service.

Are you glad WWE is carrying on? Do you think you’ll get used to the empty arena shows? Sound off in the comments below!