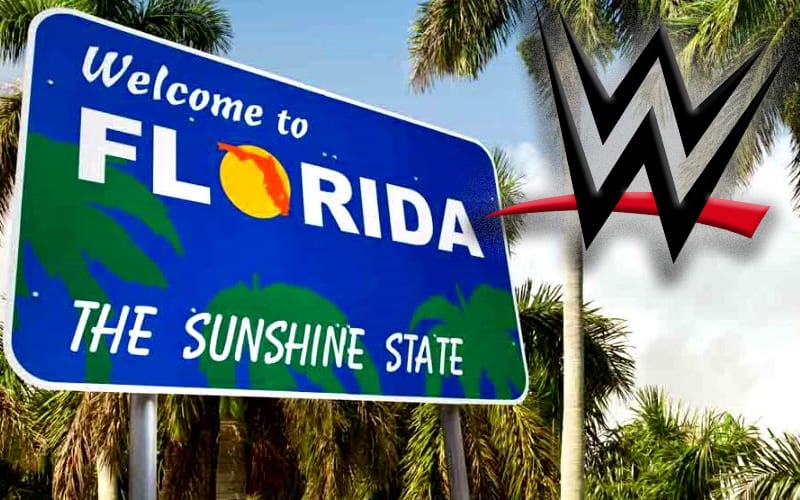 There was concern that pro wrestling is going away during the coronavirus pandemic. It’s a good thing WWE picked Florida for their Performance Center home because most other states might not have been so cool about WWE continuing a live shooting schedule.

WWE is now considered “essential business.” They can run during the novel coronavirus pandemic.

The company had previously found the same loophole that news crews uses to shoot during these times. Marc Raimondi reports that as long as a close-set national broadcast is involved then it’s essential business in Florida.

Per a memo, Florida has deemed “employees at a professional sports and media production with a national audience — including … athletes, entertainers, production team, executive team, media team” and others as essential.

The caveat would be anything like that would have to be at a location closed to the public.

Florida could become the destination for national sporting teams who want to shoot on a closed set. It appears that WWE won’t have any more issues shooting in Florida. Hopefully, everyone can stay safe to ensure that that television tapings are a success.

Do you consider WWE an essential business? Sound off in the comments below!