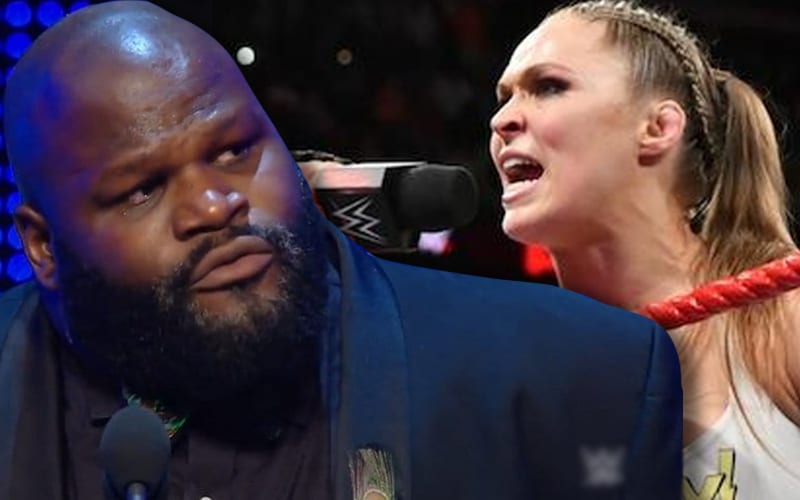 Ronda Rousey said that WWE is fake fighting and nobody could be in a “real fight” 300 times a year or they’d be dead. Some wondered who is wrestling 300 times a year on the WWE roster, others got upset at Rousey.

Alexa Bliss fired back and Nia Jax said she will knock Ronda Rousey out if they ever have another match. During Busted Open Radio, Mark Henry explained where Rousey is coming from because he also entered WWE for another realm of sports.

“What if in 1996 when I came into pro wrestling Kurt Angle came in? It would have been so good. But that’s not our reality. Ronda Rousey? She did movies, she fought professionally for years since she was a teenager. She trained, and even before then she trained. Man…10 years old in judo! Like she spent her whole life in other entertainment all together. And then she comes in to ours, and she’s in for maybe a year or two at the highest level? Then she drew better than everybody.”

Ronda Rousey sent out another tweet to further taunt WWE fans. She called them marks and implied that they don’t know when thy’re being worked. Ronda Rousey is supposed to wrestle for WWE again. Let’s just see how long that takes.

How would you book Ronda Rousey’s WWE return? Do you think they need her back? Sound off in the comments below!